Distraught owner appeals to locals with CCTV to hand in footage 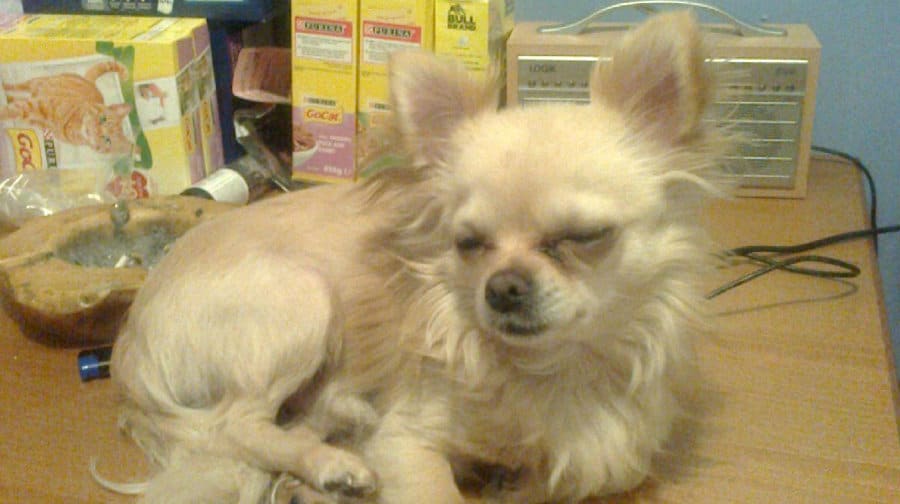 The owner of a Chihuahua puppy that was savaged by a gang’s Bull Terrier is appealing for locals to help the police with CCTV footage of the attack.

The attack on March 14 saw four teenaged boys gang up on a 21-year-old Nunhead woman who was carrying her one-year-old dog Smoky while walking in Carden Road.

The News reported last week that four youths, aged between fourteen and eighteen, tore the Chihuahua from the woman’s arms and set their “sandy-coloured” Bull Terrier to bite the tiny dog’s neck.

The police have confirmed no arrests have been made, but the woman’s younger sister, Courtney, said she “won’t stop trying” until the gang and their Bull Terrier are caught.

Courtney, eighteen, said: “We’re hoping people will be able to help the police and that we can get CCTV to find this gang and their dog.

“I have a list of nine addresses near Carden Road that have CCTV to ask if they can let the police have their footage, and help them catch the gang.

“The police didn’t have any leads to begin with, but they rang us up and I gave them the addresses on Monday.

“I told them we’re not going to stop until we’ve got justice and we want that other dog put down. It’s so disgusting what they did to Smoky it’s like we don’t even know the words to tell people how horrible it was.”

Courtney, who lives in Nunhead Lane, says she has heard similar stories from neighbours about a dangerous dog in the area.

“I have elderly neighbours who also have a Chihuahua and they said their worried about walking it outside their house anymore.

“If this gang are prepared to do this to Smoky and a young woman then who’s to say they wouldn’t do this to an old man – or anyone?”

Smoky’s owner, who said she feels too frightened to be named in the paper, recalls the boys telling her to give Smoky to them, and trying to snatch Smoky from her after she refused.

Her family have since buried the Chihuahua in her grandmother’s garden.

A Met Police spokesman confirmed that the attack was reported to them on March 14.

Anyone with information is asked to contact Southwark Police on 101 quoting reference 3007526/16.