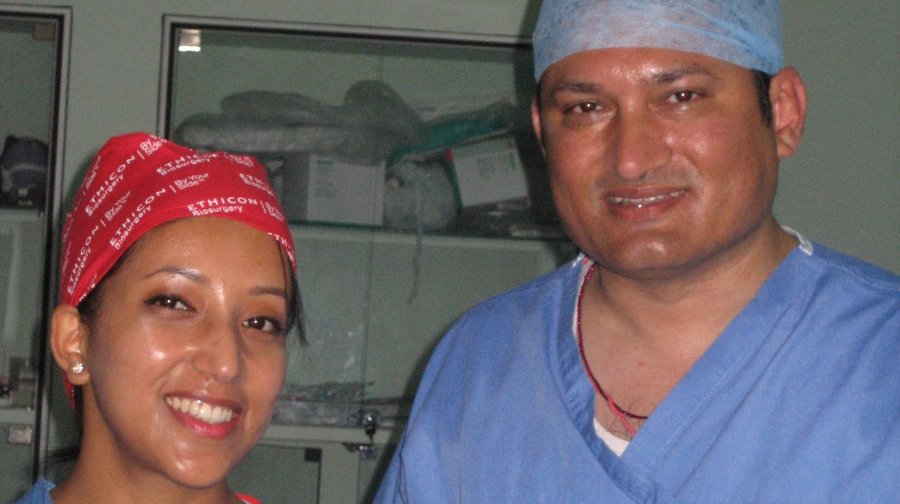 Kalpana Shahi flew to the capital city of Kathmandu on May 9, around a week after the powerful quake had struck, killing 8,675 people and injuring over 20,000.

They were present for a major aftershock on May 12, which came just hours before they were about to begin a major operation.

Sunil Sah, who led the group, said: “As soon as I heard about the devastation caused by the earthquake, I just wanted to do everything I could to help. I hope that being able to contribute, even in this small way, will take the some of the pressure off the local medics who are working around the clock to help those affected.”