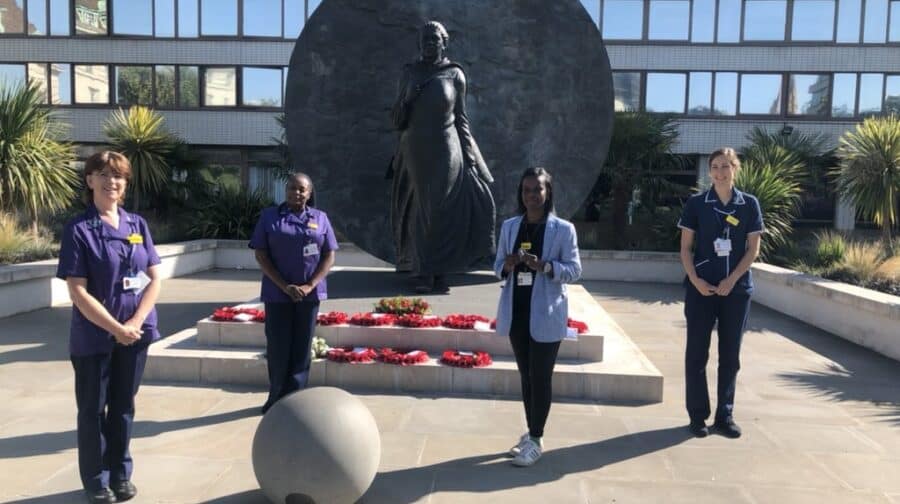 Sixty five nurses at Guy’s and St Thomas’ Trust will be known as the next generation of ‘Nightingale nurses’ after being recognised for their care.

The Nightingale Nurse and Midwife award was presented to the nurses and ten midwives at a ceremony at the hospital, with each recipient being given their own engraved badge and certificate.

Named after Florence Nightingale, the award launched in 2017, and is given to those who embody Florence’s values.

To get it, nurses and midwives have to provide evidence of their outstanding care, and have to complete an academic programme accredited by King’s College London.

“It’s been a great privilege for us to award our most outstanding nurses and midwives, who demonstrate the Trust’s values every day, during an important year – the World Health Organisation’s International Year of the Nurse and the Midwife,” said Fiona Hibberts, co-chair of the Nightingale Academy.

“As Florence Nightingale inspired us, we hope that our Next Generation Nightingales will inspire others to be compassionate, skilled and tenacious in taking forward our professions.”

In the past, nurses who trained at the Nightingale nursing school and worked at St Thomas’ Hospital for more than a year received a special blue badge and were known as ‘Nightingales’.

This stopped after the school was transferred to King’s College London with the last badge being issued in 1996.

But a new ceremony, called the ‘Next Generation of Nightingales’ was founded in 2017 to build on Florence Nightingale’s legacy at St Thomas’.