"I've had an amazing career and enjoyed every minute of it," says one of the nurses 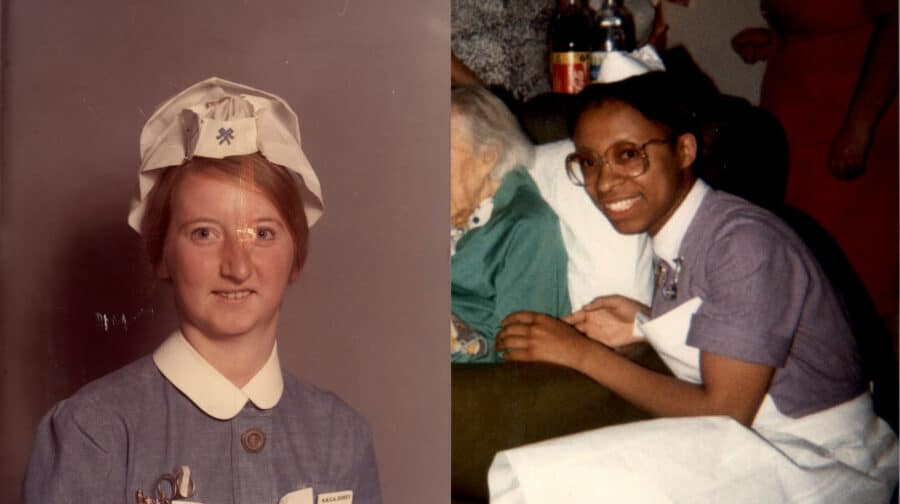 Two nurses at Guy’s and St Thomas’ who delayed their retirement to work during the pandemic are finally retiring after clocking up more than 75 years service.

Carole Kimberlin and Betty Davis have chalked up nearly eight decades of service between them, the last 20 of them at the ear, nose and throat team at the hospitals.

Carole, who lives in Rotherhithe, became a nurse after joining the Navy in 1973, aged seventeen. She travelled the world caring for officers and their families, spending time based in Gibraltar, Malta and Cyprus.

“I wanted to be a nurse from an early age and I had an exciting career with the British Navy and learnt a wide range of skills,” she said.

“I’ve seen some pretty horrific wounds but it stood me in good stead for my NHS career when caring for patients who needed head and neck dressings.”

The 66-year-old left the Forces to start a family before working at King’s, Lewisham Hospital and then joining St Thomas’ in 2001. The mother-of-four, who has five grandchildren, said: “People always talk about the Forces as a close knit community.

“They become part of your family because you depend on them for your life when you’re in dangerous situations, and you spend your downtime time socialising with them too.

“When I came to Guy’s and St Thomas’ it was like being in a family again. When you have good management and you’re part of a good nursing team you don’t want to leave.

“I have been blessed to have had an amazing career and have loved every minute of it.”

Betty, from Gillingham in Kent, qualified in January 1985 and worked at The Royal London, before taking agency shifts at both Guy’s and St Thomas’.

“Throughout my career I’ve met amazing colleagues and patients and been inspired by them. The thing I take away with me is everybody is unique and you get out of life what you put into it,” said the 60-year-old. Betty says she’ll carry on working in the community

She added: “When I’m not nursing I’m fundraising. Over the years I’ve helped to raise thousands of pounds for Macmillan and charities that support people with HIV, lupus and homelessness.”

Despite even getting coronavirus in March, Betty returned to the front-line a month later when she had recovered.

While Carole plans to spend time with her family and to carry on cycling, Betty’s not ready to give up working completely and plans to take on some agency shifts.

She will also continue with her poetry writing and work in her local church and community.