In two years, officials have seized nineteen peanut carts on bridges such as Tower Bridge and London Bridge 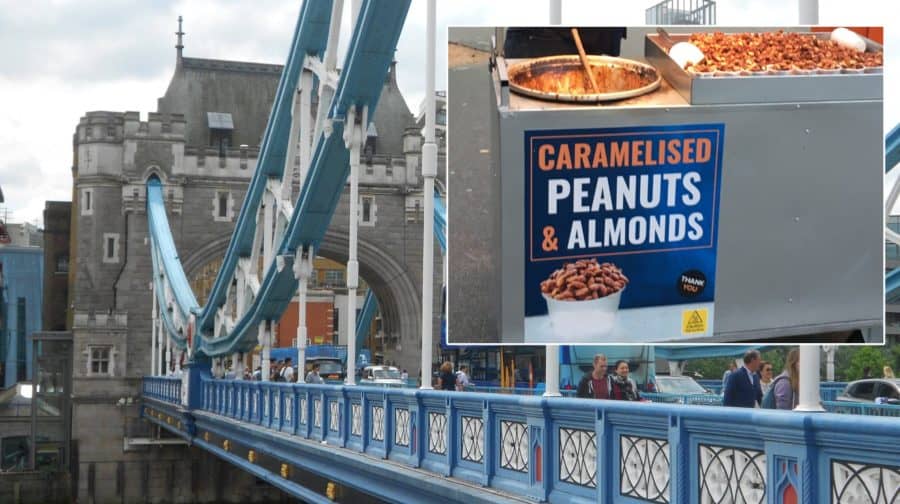 A crackdown on illegal nut-sellers cash-ewing in on five of London’s bridges is set to continue after an “immensely successful” pilot.

In the past two years, City of London officials have seized nineteen peanut carts, five hotdog stands and two ice cream trolleys in a clampdown on illegal street traders on major bridges.

In one case, a person selling illegal pancakes was forced to cough up £688 in fines and costs after being prosecuted by the City of London Corporation.

Now officials are asking for a further £268,000 to continue clamping down on illegal nut sellers on Tower, London, Southwark, Millennium and Blackfriars bridges.

Licensing officers had previously been stumped in catching the nut-sellers because of a legal loophole on the bridges.

Until recently, the Corporation had no enforcement powers on the south side of Millenium or London Bridges, meaning sellers could simply set up stalls on that half of the bridge to evade capture.

The Corporation’s officers also did not have powers over anywhere on Tower Bridge. But now it does have those powers after reaching an agreement with Southwark and Tower Hamlets councils. 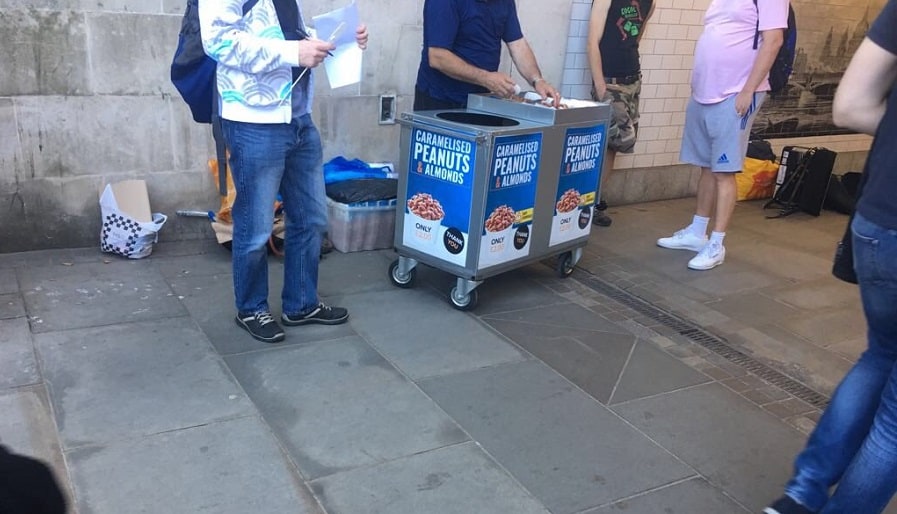 A peanut trolleys outside Blackfriars in 2018

“Illegal traders are co-ordinated, opportunistic and swiftly adapt to patterns of enforcement,” states a report asking for the money.

The traders have rescinded to the crackdown by “improving their own communications and organisation,” it states.

“For example, if a City Corporation officer is undertaking a seizure on Millennium Bridge, a trader will take the opportunity on Tower Bridge knowing they have some time to trade prior to the officer returning.”

The illegal nut sellers are coming back out in force again, states the report, having disappeared during the first lockdown.

Officials say their presence is a health and safety risk. “It is a security and safety concern to have mobile carts containing gas bottles and congestion on narrow pavements,” they say.

The carts also attract pigeons, whose droppings are “accelerating the deterioration” of bridge structures, they add.

The request for more funding will be heard at a Policy and Resources Committee on Thursday, November 19.

Southwark NewsNewsNut on our bridge! Crackdown on illegal nut-sellers on major bridges set to continue