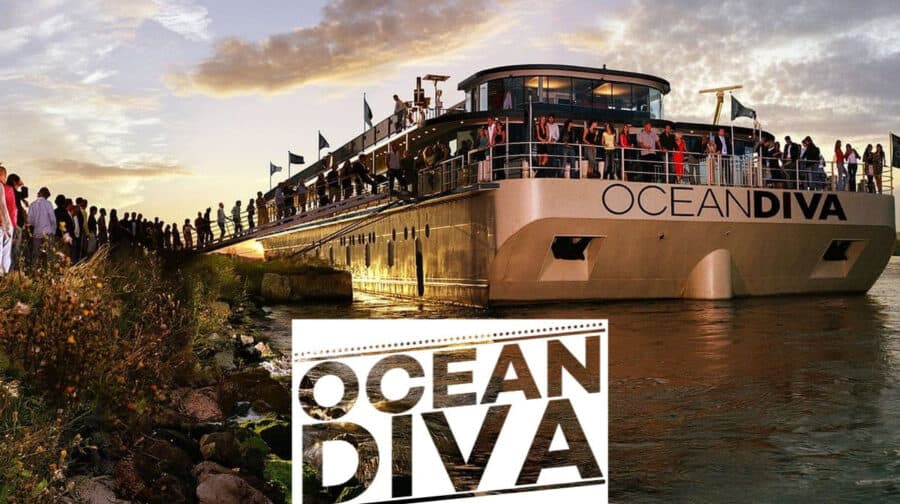 Plans for a pier near London Bridge which residents fear would be dominated by a huge party boat are due to be rejected next week.

Controversial plans for a new pier at Swan Lane, in the City, will be heard at a meeting on Tuesday, October 6.

Residents’ group, Living Bankside, has vigorously opposed the plans because the pier is largely being revived so that the Ocean Diva, an events barge, can dock there.

The boat could accommodate up to 1,000 people on events cruising up and down the river, sparking concerns from residents on the south side of the Thames of noise and disruption.

It is also the length of a football pitch.

Officers at the City of London Corporation have recommended councillors reject the plans, saying the pier would not be “multi-use” and provide a “sustainable freight offering for a variety of users.” An artist impression of what the pier would look like

Planning documents state that if approved, the City of London “would only have limited controls over the operation of the Ocean Diva,” because the boat would be registered in Newham at its home berth of the Royal Docks.

More than 800 objections have been submitted against the plans, with 2,200 people also signing a petition against the proposal.

“The pier is going to be dominated by the Ocean Diva,” said Amir Eden, chair of Living Bankside. “We’re not against a pier as such – if there was a pier that offered local people recreational activities, but it’s not that pier.”

Mr Eden said the project would “commodify” the Thames for private profit, while disturbing the thousands of residents living along the shore.

But speaking last year, planning consultants DP9 denied that the planning application for the pier was designed to sneak in the huge boat.

“The planning application seeks the recommissioning of Swan Lane Pier, to bring it back into use,” said a spokeswoman.

“We are excited to bring a stylish new event space to London, one that raises the bar for boats on the Thames in terms of its environmental credentials,” Greg Lawson, CEO of the operating company, had also said.

Cant have the rich in all their luxury flats along the river being subject to the noise most of us have to put up with .