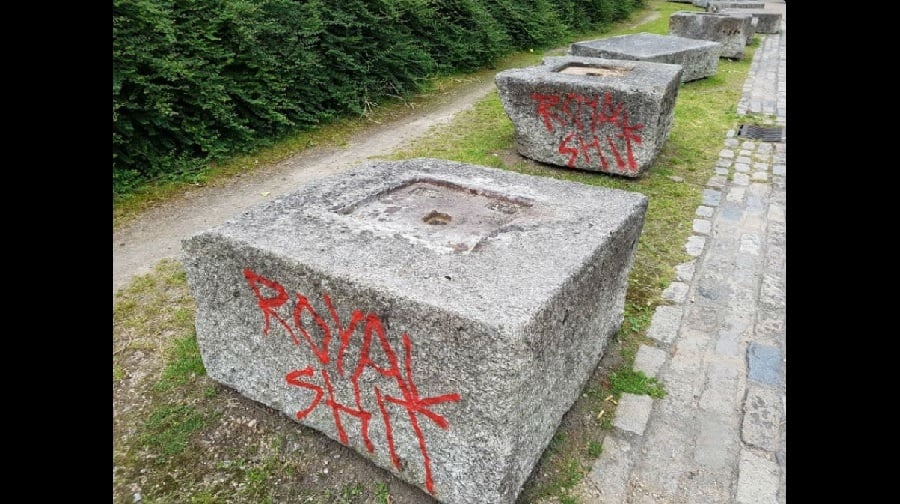 Vandals used red paint to cover the main sign of the park as well as decorative boulders along a path.

Steve Cornish, a Rotherhithe resident, told the News that he was keen for the graffiti to be removed as quickly as possible as there were two schools nearby.

He said: “I’m hoping it’s gone soon as it’s been reported. I was walking the dog over the weekend and saw the graffiti all over the place, including on the sign.

“It’s not easy to get off, especially as some of it’s on granite. We have definitely got an increase in graffiti recently. We want it dealt with as quickly as possible, so it doesn’t encourage other people to do it more. It’s near two schools as well and the children shouldn’t see it in case they start to think it’s normal.”

Southwark Council said the matter was now with the cleansing team and should be cleared up soon.