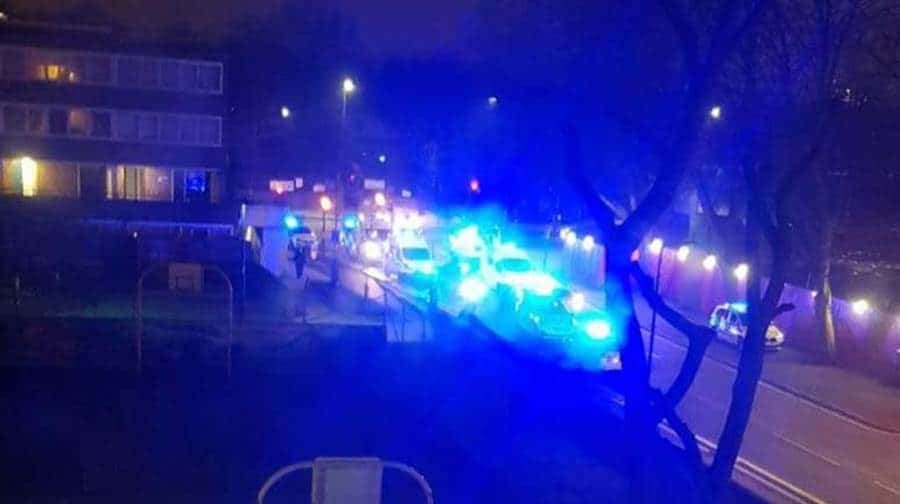 Police were responding to a reported robbery in Portland Street in the early hours of Sunday morning, where a victim was assaulted and had his phone stolen by two males, when they were told the suspects had been seen heading toward a property in Hopwood Road.

At around 5.30am, as officers entered, they found a house party was in full swing with thirty guests. As police tried to identify the suspects and close the event down, the group became hostile and began throwing with drinks and other items at the officers.

Eight officers were injured with one knocked unconscious and another sustaining a suspected hand fracture.

Police had to withdraw for their own safety with backup called in for support.  In total, 30 people were reported for fines of £800 as the party was finally closed down.

A seventeen-year-old male was identified by the robbery victim as he left the address as the person who took his mobile phone. He was arrested on suspicion of robbery.

When officers searched a nineteen-year-old man, officers found the victim’s stolen phone and he was arrested on suspicion of handling stolen goods.

A nineteen-year-old woman was arrested on suspicion of violent disorder and assaulting a police officer.

A seventeen-year-old female was arrested on suspicion of violent disorder and handling stolen goods after she was searched and found to be carrying a number of different debit cards and an oyster card within her belongings, all with different names on them.

All four suspects were taken into custody at a south London police station. They were later bailed to return on date in late March.

Chief Inspector Richard Blears, from the Central South Command Unit, which covers Southwark, said: “Restrictions are still in place to protect lives; every person who attended this illegal gathering has acted selfishly and irresponsibly and has potentially put others at risk.

“Not only that, but some have even gone as far as physically harming the officers who attended the scene, which is totally unacceptable.

“We will continue to enforce breaches of COVID-19 restrictions when they are alerted to us.”