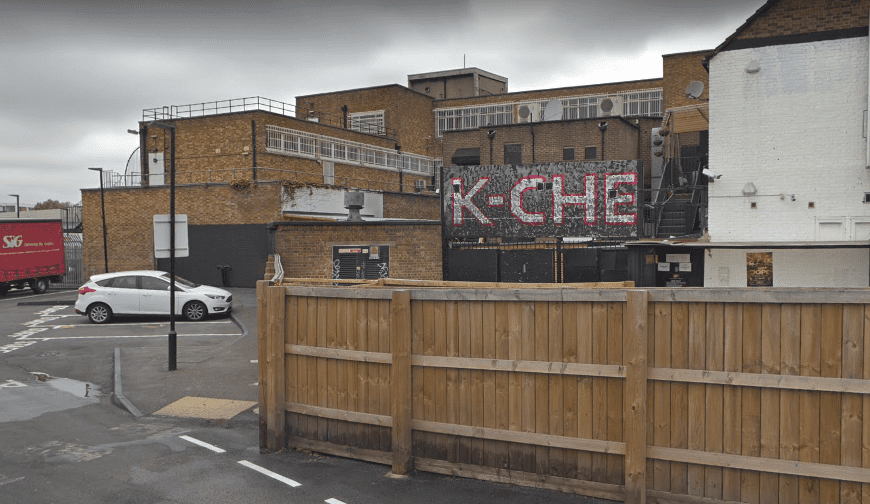 Councillors stripped an Old Kent Road club of its license this week over a brawl in which police had to taser a man who drunkenly attacked people with a brandy bottle.

Police had urged that the council revoke the license for K-Che VIP Club, next door to McDonalds, after raising fears over the safety of their own officers and the public.

The club’s owner, Fernando Ramos, had pleaded with councillors to be allowed to implement what he called an ‘action plan’ to prevent another brawl. However, he was unsuccessful.

The meeting heard how the club had been connected to a string of disorder incidents, several of which took place since the last time its license was reviewed in December.

During the most serious of these, on February 29, police said a violent brawl erupted inside the club involving a man wielding a brandy bottle attempting to hit people.

He went towards coppers with the bottle who were forced to use a taser to stop him, the meeting heard.

Another officer was attacked and strangled on the dancefloor by a customer at the club before the fight spilled over into McDonald’s next door. It took more than an hour to bring it under control.

“This is not an isolated incident,” said the Met’s PC Graham White. “This is not a one off. There were a considerable number of incidents last year, that was their warning.”

An earlier incident in January saw a man assaulted, and one in November saw another man knocked unconscious with a bottle near the DJ booth.

“They should have taken it as a warning. They were only open eight weeks when they had two serious incidents to which police were called,” added PC White.

“In the police’s opinion, the license should be revoked, to protect the public and to protect police officers from further injury.”

Fed-up residents also told the committee of the misery they had experienced due to the club’s operation, raising particular concerns about those in a nearby home for the vulnerable.

“Can you imagine being a vulnerable resident looking out your window and seeing an incident like the one we’ve just seen?” asked Pip Hayman, who lives nearby.

“The building near us is an elderly and vulnerable people’s home – and it’s not getting better, it’s getting worse,” added Luke Alder.

The club’s owner told councillors he accepted and apologised for the violent disorder, which happened on a promoter-led night.

“I do apologise for everything that happened on that night,” Mr Ramos said, who runs four other licensed venues.

“We’re a family-run business with over twenty years experience and we have always tried to do our very best across all of our venues but the past six or seven months have not gone our way.”

Measures suggested by K-Che to continue trading included a ban on all promoter-led nights, barring under-21s from attending the club and decanting drinks into cups to prevent bottles being used as weapons.

“Clearly this was unacceptable,” added his solicitor, Phil Crier. “They are devastated it happened. It’s not the kind of venue they wish to run. But they wish to turn it around and intiatite measures as part of a comprehensive plan.”

However, councillors ultimately voted to revoke the club’s license. The full reasoning will be sent to all parties within five working days of the decision on Tuesday.