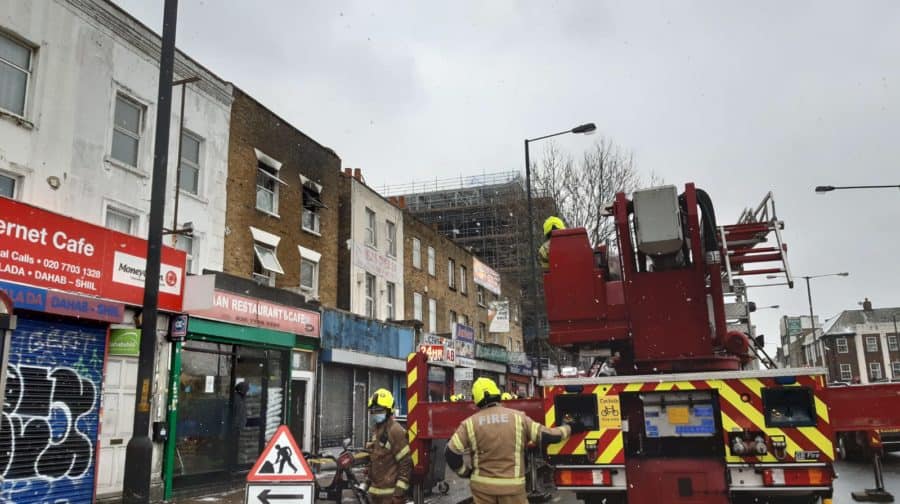 Fire crews outside the property in Old Kent Road

An Old Kent Road flat was destroyed by a fire this morning.

Four fire engines and around 25 firefighters successfully battled to prevent the blaze from spreading across the terrace into other flats and shops after they were called out shortly after 8am today (February 9).

Firefighters used an aerial ladder appliance to gain a better view of the fire as they brought it under control.

Two women and one man left the three-bedroom flat, on the second floor, before the brigade arrived. One of the women was assessed by paramedics and, fortunately, was unharmed.

Station commander Verona Clarke, who was at the scene, said: “Fire crews worked very hard to contain this fire and fortunately there were no injuries.”

The cause is now being investigated. 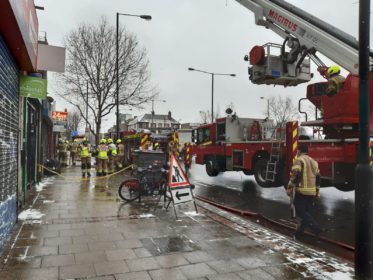