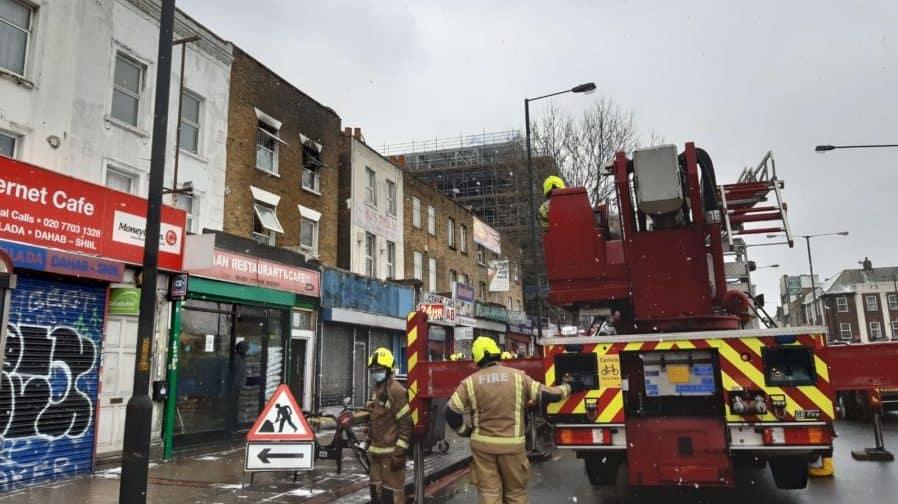 A fire that destroyed most of a flat in an Old Kent Road terrace last week is believed to have been caused by batteries.

Four fire engines and around 25 firefighters tackled the blaze above a shop on the morning of Tuesday, February 9, with help from a specialist aerial ladder to gain a better view. They successfully managed to prevent it from spreading into neighbouring properties.

Investigators say they believe the fire was an accident caused by a fault within lithium-ion batteries inside the home.

Two women and one man had left the property before the brigade arrived, with one of the women assessed at the scene by London Ambulance Service crews.

The brigade says batteries or charging batteries should not be storied at very high or low temperatures. They also need to be protected from being damaged, and should not be kept together when travelling; especially on planes.