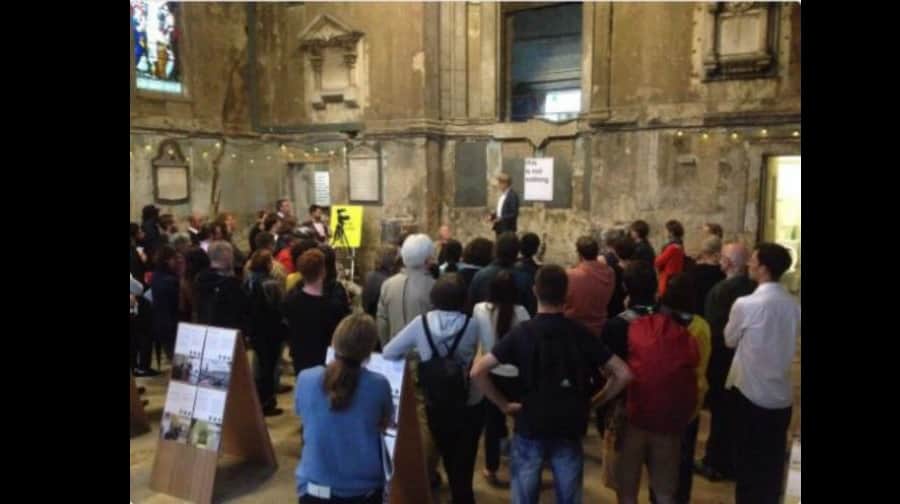 A major topic discussed was Southwark Council’s plans to build 20,000 homes along the Old Kent Road and what the impact would be on the community and retail units that use the industrial land.

Veronica Simpson, one of the organisers, told the News that 50 people came, as well as the 26 involved in setting it up.

She said: “We got quite few local people turning out, but not as many as we had hoped given the scale of the project. Local people don’t seem to know anything about what is happening.

“The general feeling is hard to say, most people there know either a little or a lot, and they have concerns. One business owner pointed out how many people work in the area on the places where the council want to build.

“The council call them “uninhabited” but they are occupied by traders during the day. It was pretty impressive to hear about all the mechanics, shippers and caterers and others who work there.

“Some artists also came to represent their community. They will likely lose space to work if these industrial estates are swept away.

“The point is that Southwark hasn’t engaged with the community. The majority still don’t know about it. Some people only find out when they go to the community council meetings. For most people it’s completely off their radar.”

George Major, the Pearly King of Peckham, told people at the event “if you decide to do something you can do it” and encouraged people to stand up for what they want to do.

Southwark Council are currently consulting on the plans till September 23. For more information about the plans and to comment on them, visit http://bit.ly/1vsa5J2