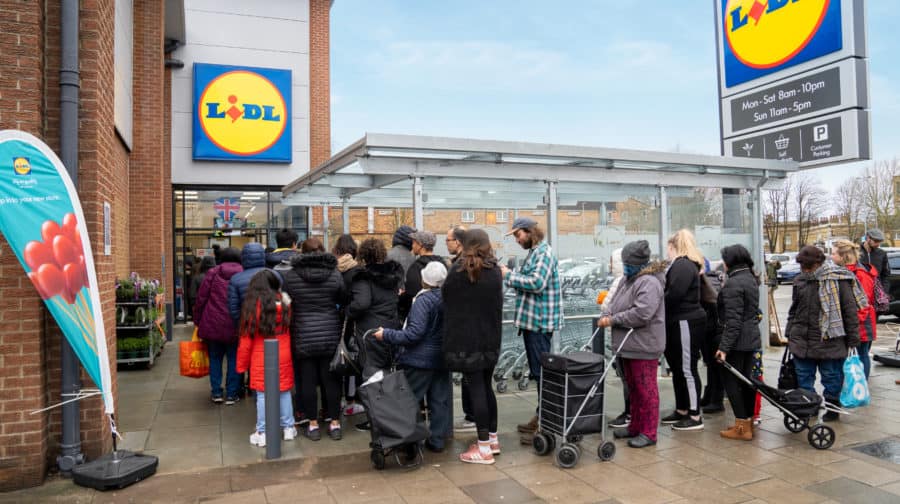 A new Lidl store opened on the Old Kent Road today, marking the supermarket giant’s 800th outlet in the UK.

Shoppers were pictured queuing out of the door of the newly-opened supermarket, which had a ribbon cutting ceremony at 8am.

The Lidl has opened in the site of the former Toys R Us – and a very short distance away from its main rival Aldi.

The store pledged offers for its first week of opening and said its staff would be paid £10.75 from March 1, “amongst the highest paid in the supermarket sector.” The store opening will create up to forty new jobs, said Lidl.

Three other stores also opened across the country today, including in Cambridge, Boston and Dumbarton.

another great supermarket the more the merrier