The development will provide 262 new homes 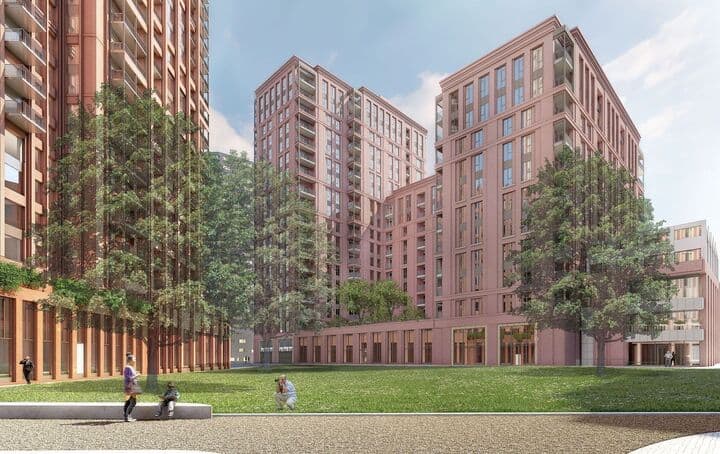 The former Carpetright on the Old Kent Road will be turned into two towers, reaching up to nineteen storeys, after plans were approved by the council on Monday night.

The £130m scheme will see two towers created on the site, of ten and nineteen storeys, providing 262 new homes.

Thirty-nine per cent of these will be designated ‘affordable’ homes. 20,000sq ft of retail space will also be included in the two towers.

Separately, a second development on the site of the old BP garage was also approved, which will see 565 homes, of which 220 are ‘affordable’ in a tower of up to nineteen storeys.

The two schemes are the latest approved for the Old Kent Road, which is the subject of a multi-billion pound regeneration project.

“We are delighted that Southwark Council has approved our plans for the redevelopment of the former Carpetright site into a new £130 million scheme,” said the Avanton’s chief executive, Omer Weinberger, which is responsible for the first scheme.

“The design focuses on creating a sense of community and providing extensive outdoor space for residents to enjoy, which is proving more than ever to be a key priority for buyers.”

Construction could begin as early as next year, and would be due to be finished by the end of 2022.

“The development of the scheme will create 120 jobs, to be prioritised for residents of the borough,” he pledged.

Under the council’s Old Kent Road Action Plan, the town hall has pledged to transform the historic road to provide up to 20,000 new homes.

However, much of this development is dependent on the extension of the Bakerloo Line to Lewisham, to provide much-needed transport for the new homes.