'This award has cheered us up at this difficult time' 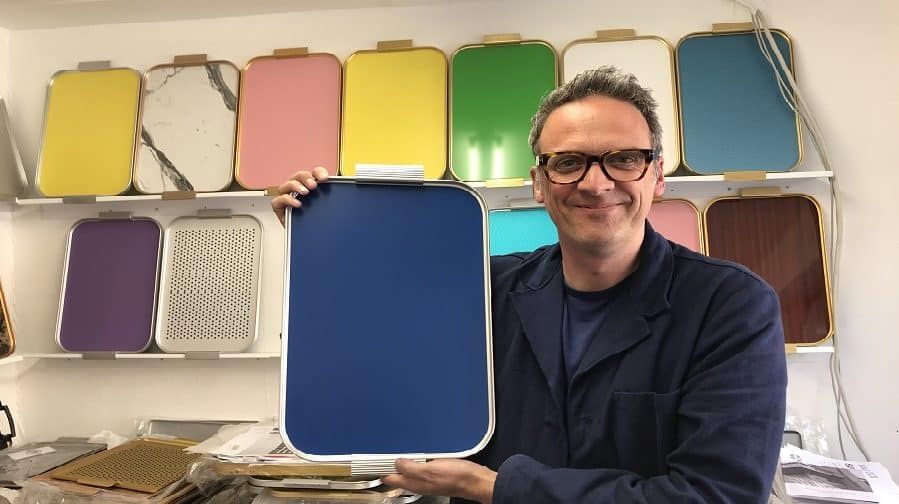 Mark Brearley, holding a Kaymet Tray in his factory

Old Kent Road manufacturer Kaymet was honoured with a Queen’s Award for Enterprise this week – in the international trade category. The 73-year-old company is one of 220 organisations across the country recognised by the Queen.

The awards, announced on Tuesday (April 21), highlight excellence in international trade following the growth of the company’s global client base.

Kaymet, based at Ossory Road, now exports to around 40 countries, with its products sold by more than 140 overseas stockists.  Their trays are also used by hotels, restaurants and bars around the world.

Already a royal warrant holder, Kaymet employs a team of twelve at its Peckham premises where it has made deluxe anodised aluminium serving trays, trolleys and electric table hotplates since 1947.

General Manager Ken Schreiber said: “My late father Sydney, who launched Kaymet 73 years ago, would have been so proud to see the company receive this award.

“I am extremely happy that we are still thriving here in Peckham and sharing our wares with the world.”

The company’s owner, Mark Brearley, said they hoped to celebrate properly later in the year: “The landing of this award has cheered us up at this difficult time.

“We are so lucky to have a skilled team of local people, and this honour is shared by them all.

“We look forward to welcoming the Deputy Lord-Lieutenant for Southwark to our factory near the Old Kent Road before long, for a winner’s presentation ceremony that is sure to make use of our classic trays and trolleys.

“As soon as crowds are safe again we will rustle one up to witness the hoisting of the blue and yellow Queen’s Award flag above Kaymet Works, and it will be visible fluttering from far away over the Asda car park.” During the lockdown Kaymet’s on-site team has been reduced to four but, despite the challenges, they are still manufacturing.

In Southwark, the trays retail in East Dulwich’s Roullier White and Borough Kitchen, as well as the likes of Harrods, John Lewis and Fortnum & Mason in central London.