Ron Rosenfeld was still working at 86 years of age 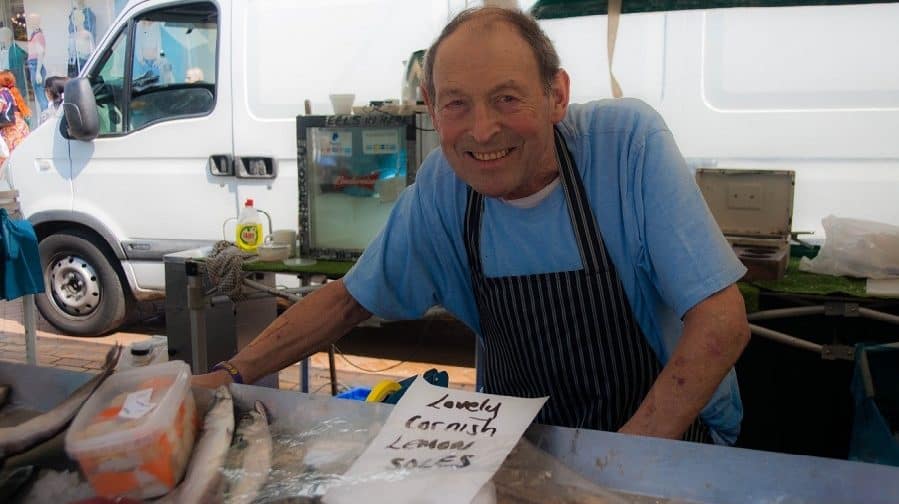 Ron Rosenfeld, on the family stall

Billingsgate Market held a minute’s silence to honour one of London’s last independent fishmongers who passed away this month after 70 years in the trade.

Ron Rosenfeld, who ran Rose Brothers fishmongers from East Street for 54 years from 1964 until 2015, passed away on February 9, aged 86.

Traders at the iconic market in Poplar held the minute’s silence at 6.40am last Friday for Ron, one of their longest serving customers.

A well-known and respected figure in the Walworth community, Ron learned the trade from his Uncle Dave, from Bow, whom he accompanied on visits to Billingsgate from the age of fourteen on his return to London after being evacuated to Bridgewater in Somerset during the war.

Until September 2018, he was still working for three days a week with his son, Paul, on stalls in Bromley and East Street markets.

Brian Woodhouse, who has worked at Billingsgsate for fifteen years and in the fish industry for more than 30, organised the act of remembrance.

He told the News: “The family have been a customer of Billingsgate fish market for many years.

“Over this time they have become god friends so when a regular customer and friend passes away, Billingsgate will hold a minute’s silence. You can hear a pin drop.”

Ron’s widow, Marion, said her husband would be remembered as one of the last independent fishmongers in London, telling the News: “Ron’s work ethic dominated his life; he loved what he did, never complained, working in what can only be described as a cold, harsh environment, especially in winter.

“He was a true ‘old timer’, taking pride in his work and in the ability to still work at the age of 86.

“Paul said that the honour afforded his Dad by Billingsgate Market was very moving and emotional.

“The family value and appreciate the honour given to Ron, who would have been overwhelmed by the gesture.”

Remember him from when I lived on the Aylesbury Estate in the 70s, lovely man, RIP xx

I knew Ron when i was a porter down billingsgate. We didn’t earn much and my earnings were supplemented by working in Ron’s shop in east street for three days a week. Everyone knew Ron and customers were always coming in the shop for a chat. I worked with his wife Marion and his mum who was a tough old girl and they both knew the fish game inside out. Its sad when characters like Ron pass away, there are not too many of them left. I seem to remember his two sons ran stalls in east street market,and were a credit to their dad He was a diamond “geezer” and will be sadly missed.