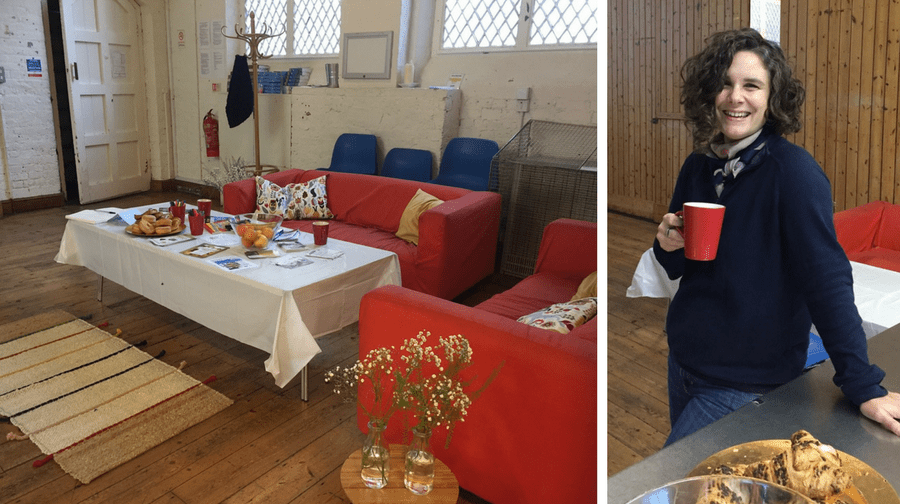 Katie Kelly pictured inside the hub in Peckham

A ‘one-stop shop’ offering support, advice and a friendly face to vulnerable women has opened in Peckham.

The female-only hub will work with women and girls in the community to help with everything from mental health issues and domestic abuse, to housing, immigration, and probation.

Katie Kelly, manager of the Moving On programme at Peckham-based charity Pecan, opened the hub earlier this month out of a desire to help prevent women from getting caught up in the criminal justice system.

“We started because we were desperate for some more preventative work,” she said.

“The hub is for women who need any extra support; it’s a friendly, welcoming, women-only space where people can connect to each other and also a place to arrange sources of support and activities in Southwark.

“Some people are even just coming in because it’s a nice place to be and for calm, peace and company.”

Since opening, the hub has already helped a number of women.

“We’ve had people with a range of issues including food poverty,” said Katie.

“We’ve done a couple of referrals to Southwark Law Centre because of issues with immigration, and we managed to find a charity to fund someone to go and visit her son’s grave in Northampton on the anniversary of his death and actually just handed over the train ticket.

“We’ve connected people to Southwark Wellbeing Hub and we will have an outreach worker from Rape Crisis coming in probably once a month.”

Katie said she wanted the hub to be a “resourcing centre” for women so they could access all the information they need in one place rather than having to go to “a million different places”.

“The women are generally saying that they feel comfortable here and safe and like all the stigma isn’t here,” she added.

“It feels like a place where we are all in it together, which is the thing I’m loving about it.”

The hub is now open from 10am to 4pm every Thursday thanks to funding from London Community Rehabilitation Company and the Open Society Foundations.

But Katie would like to see it open five days a week and the charity is looking for more funding.

An open morning will be held today, Thursday, from 10am to 12pm, for anyone who wants to find out more.

The News has deliberately left out the address of the centre. Anyone who would like to use the service or get involved by volunteering is asked to contact Katie Kelly by calling 020 7732 0007 or emailing katie.kelly@pecan.org.uk