Films from The Shape of Water to Top Gun, to be screened in parks, at Brockwell Lido and the Horniman 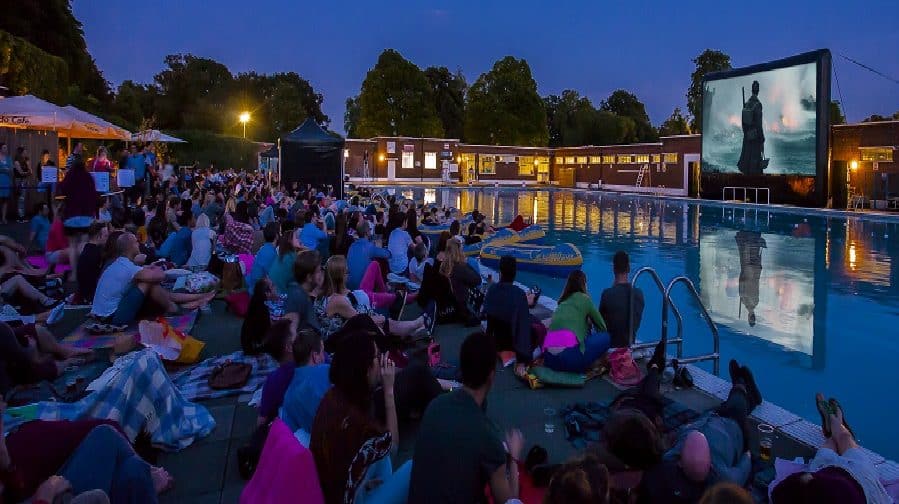 A screening of Dunkirk, at Brockwell Lido

Movies will be shown on the big screen at outdoor cinemas in three Southwark parks this summer, writes Nora Helal…

Screenings, from the 1980s classic Top Gun to the jukebox musical romantic comedy Moulin Rouge,  will be shown in Southwark and Dulwich parks. Movies will also be shown at the Horniman Museum in Forest Hill and at Brockwell Lido

George Wood, founder of The Luna Cinema, said: “We are delighted to be bringing open air cinema back to the borough this year. In fact, Southwark has been instrumental in the rise of open air cinema in the UK, as it was in Dulwich Park ten years ago this year that we held our first outdoor screening.

“It’s set to be an epic summer of cinema under the stars in the borough.”

Films will be shown at;