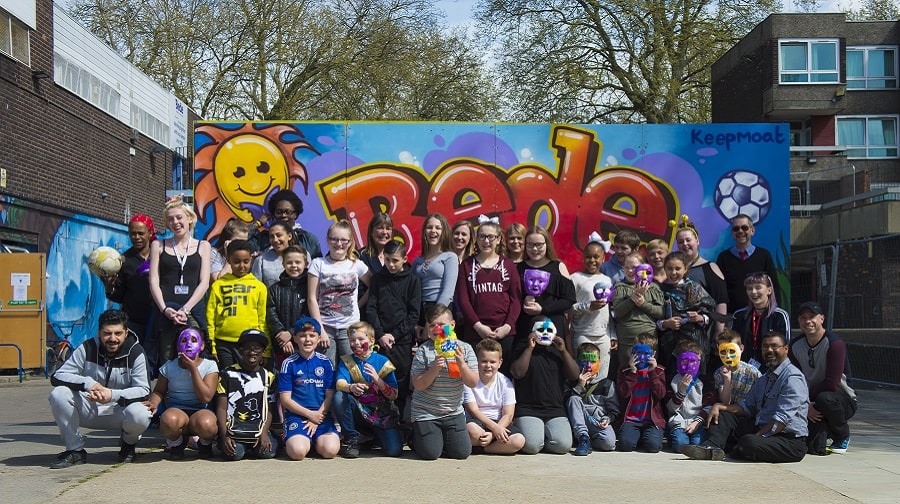 Bermondsey charity Bede House has reassured parents it is open for business as usual, despite plans to relocate its services.

The Bede Centre building in Abbeyfield Road, where the charity runs various clubs, is expected to be demolished and replaced with council housing as part of a development.

A purpose-built centre will be opened at the bottom of nearby Maydew House, where the charity will continue to run its services without any interruption.

Bede offers youth clubs for eight to nineteen-year-olds, as well as programmes for adults with learning disabilities, and works with victims of domestic violence.

Director Nick Dunne is keen to reassure parents the charity’s clubs and services are running as normal and accepting new members.

The current Bede Centre, on the Abbeyfield estate

“What is sure is that the Bede Centre will not close before we have moved to the new Bede Centre in 2020,” he told the News. “There will be no pause at all in the services.

“Young people join our youth club because they want to make friends, have fun and do stuff that interests and challenges them.

“We’ve always had a strong adventure theme to what we do, particularly during the school holidays, and get youngsters out into the countryside doing adventure activities.

“The clubs are open

to anybody who wants to come but many of the young people are from low income families who would not be able to do these things and the alternative would be to be stuck at home in front of the telly and also we keep costs low so everybody can participate.”

Bede was founded as a settlement in 1938 to work with local people to improve their lives.

The charity has two buildings; its registered offices in Bede House, on Southwark Park Road, where the administration and domestic violence team is based; and Bede Centre, on the Abbeyfield estate.

The original Bede House was purchased for £400 in 1938 with funds raised by local people.

Now, the charity needs to raise £1.2million by 2020 to buy the 125-year lease for the new Bede Centre, equip it and pay all the extra costs associated with the move.

Mr Dunne said the charity had seen interest from a number of major funders but needed local people to help raise funds.

For full details of all services, visit: www.bedehouse.org