'We’ve all worked hard to improve services over many years, so it’s a real joy to see our work recognised like this' 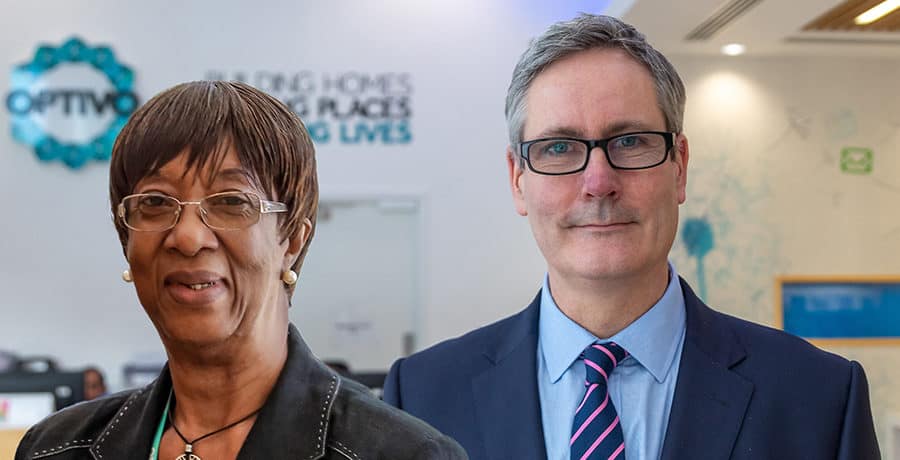 Optivo’s CEO and the chair of the housing association’s resident strategy group have both been given New Year’s honours.

Chief executive Paul Hackett has spent the last ten years reversing the fortunes of the previously failing association. He has been given a CBE from the Queen, while Monica Barnes has been awarded an MBE for her work improving the sector for other residents. The housing association currently has more than 2,000 homes in Southwark.

“It’s great to see her determination to improving services for others has been recognised. Monica’s a remarkable person who’s dedicated her life to others and this honour is well deserved.

“I’m truly humbled to receive the CBE. This award is a recognition of the hard work of many staff and residents who’ve helped Optivo become the organisation it is today and our efforts to become a sector-leader in resident involvement.”

Monica described the news as a ‘lovely honour’ and dedicated it to her family and friends.  The former Tulse Hill youth worker said: “I’m from Jamaica and lost my own mother aged seven,” she said. “I was brought up by my father and my aunt – my mother’s sister.

“My aunt had an opportunity to come to the UK in 1954 as part of the Windrush generation and took me with her. Housing was a major issue at the time.

“My own personal experiences and being an involved resident at Optivo have helped me fully appreciate the importance of good housing for people’s emotional, social and physical wellbeing.

“As an involved resident, you don’t give up hours of your time to be recognised – you do it because you want to make a difference.

“We’ve all worked hard to improve services over many years, so it’s a real joy to see our work recognised like this.”