'This is a hidden gem that I will be fighting to keep open in Lambeth' - Florence Eshalomi, Southwark & Lambeth Assembly Member 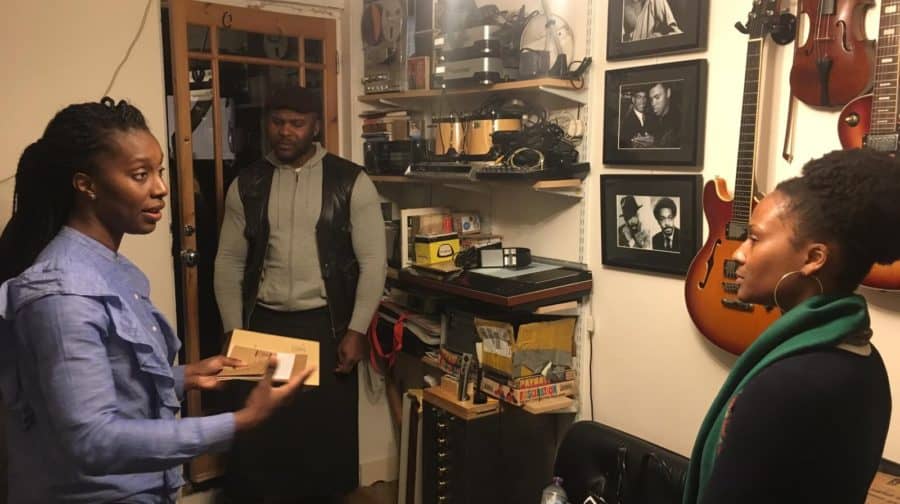 A music school teaching children from across south London may be forced to close after being served a section 25 notice.

Florence Eshalomi, London Assembly Member for Southwark and Lambeth, has now written to the owner of the Lambeth Walk building, WATMOS Community Homes, headquartered in Birmingham, appealing for the notice to be rescinded.

The school’s manager, Jimi Osho, has said he always pays his rent on time and, before the notice was served, had been renegotiating his lease.

Osho Gallery, an arts and music centre, has been based at Lambeth Walk for two decades.

Ms Eshalomi said: ““I recently visited the Osho Gallery and was very impressed with the rich culture and history contained in the heart of Lambeth Walk.

“I spoke to many of the young people who were present for their music lessons and was treated to a special private piano recital by an extremely talented young student from the local secondary school, Lilian Baylis.

“Osho Gallery has opened so many doors for so many young people, those of which would often otherwise stay closed.

“This is a hidden gem that I will be fighting to keep open in Lambeth.

“I will also be inviting the Mayor of London and Deputy Mayor for Culture to visit the gallery and learn about the collections.

“It is now vital that WATMOS provides a reason why they issued the section 25 notice and reconsiders their decision to ensure the gallery remains in Lambeth Walk.”

Pianist Ivan, who performed for Ms Eshalomi, moved to the UK from Ukraine at the age of ten with little English and no musical experience.

After just a few years of support he successfully performed at the Dulwich Music Festival and became one of the highest scorers of the Clementi competition in 2017.

Not-for-profit landlord WATMOS Community Homes, a housing association with 1,300 affordable homes in Lambeth, says it wants to take the building back to use for its own offices, arguing this means it can reinvest the money it currently spent renting elsewhere into its services – around £40,000.

A spokesperson said alternative premises had been offered but without an agreement being reached, it had no other choice than to serve its notice.

“Building thriving communities is what drives WATMOS,” the spokesperson said.

“We value the work Mr Osho and his business does in the neighbourhood and have tried hard to reach an amicable solution where he can remain within Lambeth Walk.

“We have offered a reduced rent on a unit a few doors down and a contribution towards resettlement costs, but being unable to reach agreement, we have regrettably been left no alternative but to take legal action.

“We would welcome the opportunity to meet with Florence Eshalomi and the Osho Gallery to find a way forward.”