'We can’t use the garden as it smells so bad' 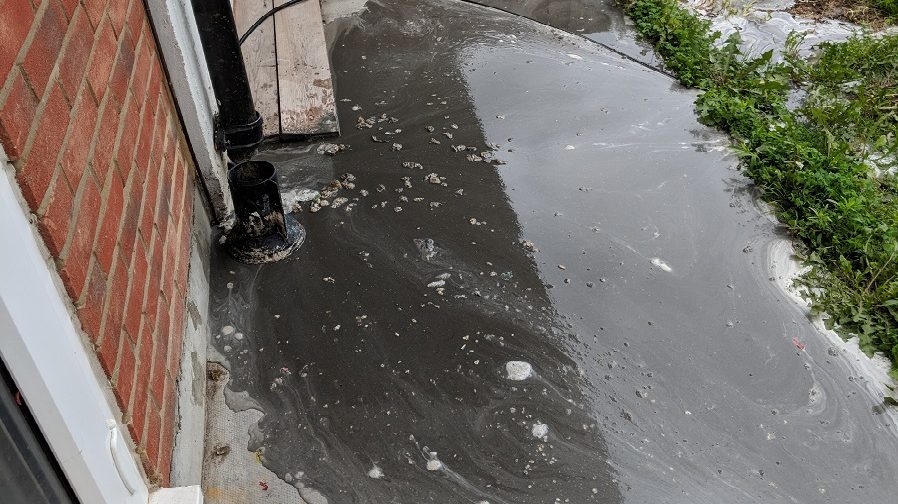 A family in Peckham say they haven’t been able to use their garden for three years after dodgy drainage left them with a ‘cesspit’ in their back yard. Colin with his daughter

But he says that since moving into the flat from their previous home on Bird in Bush Road they have been plagued by bad smells and swarming flies due to overflowing sewage in their garden.

“We can’t use the garden as it smells so bad, there are flies over raw sewage and we have seen rats – we think the holes in the garden are rat holes, nine inches deep.

“I’m paying 137 pound a week rent and I’m partly disabled – but after three-and-a-half years I’m still waiting for the sewer pipe to be fixed,” the COPD and deep vein thrombosis sufferer told the News.

The council said it had received three reports of drain problems from the Sidmouth House property between 2016 and 2018, and that it hoped the problem would soon be resolved once and for all.

But it denied the smell was caused by raw sewage, saying it is just leaking rainwater.

Cllr Stephanie Cryan, cabinet member for housing, said: “Our repairs team have been called out to fix blocked pipes at this address in the past, including most recently on 15 August.

“During this visit the contractor noted a drain run was broken and the council was just waiting for costs on this repair, which will be completed this week.

“Officers have visited the property to check the drain is still running as freely as possible in the meantime and spoken with Mr Gage.

“The drain is not a sewage pipe, it services the rainwater pipe, so whilst there may be some flooding when it rains, and possible a smell from the stagnant water, it is not a problem with sewage or waste.

“If there is any other damage from the flooding we can look at that once the problem is fixed.

“I apologise that the problem hasn’t been dealt with properly in the past but we hope this will correct the issue so it doesn’t happen in the future.”