‘Our loss is immeasurable’: Hundreds share tributes and stories after DHFC superfan Mishi Morath passes away

The club shared news of his death today 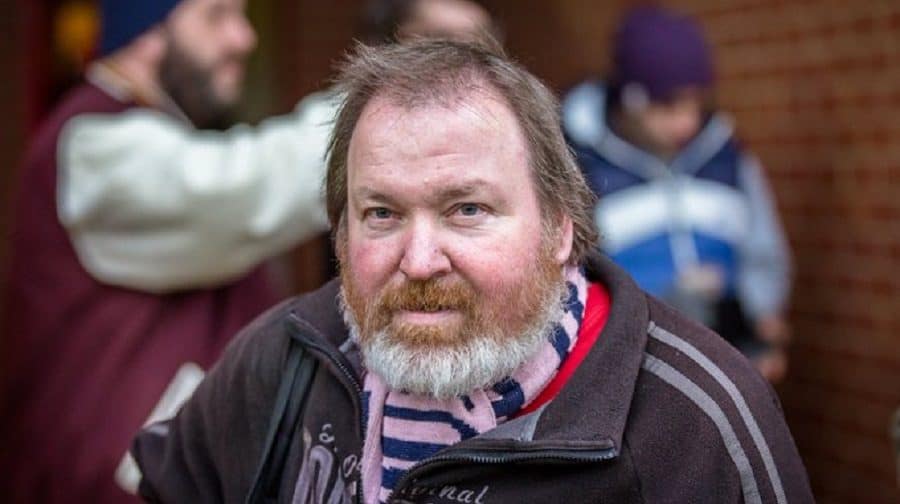 Tributes have poured in for Dulwich Hamlet Football Club superfan ‘Dulwich Mishi’ Morath, who has passed away.

In a statement on behalf of the Dulwich Hamlet Supporters’ Trust today, Mark Scoltock shared the sad news, saying that trying to write down everything Mishi meant to the trust and club was one of the “toughest things he had ever had to do.”

“How can you put into words what Mishi meant to everyone connected to this football club, it is an impossible task,” he asked.

“It is very difficult not to be sad at a time like this.  Personally, I am so proud to have shared, be it a small number of years, not only a spot on the terraces with Mishi but have had the pleasure of being in his company for the many special occasions Dulwich Hamlet has seen in recent years.

“There are too many occasions to mention, the most recent being that not only did he finally get to see us on the telly, he appeared on it!!

“We may have now been on TV, but Mishi I am going to ignore your ‘friendly advice’ that I need to edit my “Dulwich Hamlet Will NOT be televised” stencil on the Greendale side of the main stand.

“In his many roles at the club over the years, including serving on the Trust Board, his tireless work has been instrumental and inspired many others, like myself, to volunteer and help create the amazing community football club we are so proud of today.

“Next time you step into Champion Hill look around you; there is no fitting legacy for a great man.

“Finally, myself and the rest of the Supporters’ Trust Board’s thoughts are with his family and friends at this very sad time.

“Rest in Peace our good friend.”

The much-loved Hamlet supporter was trending at number 10 on twitter this morning after hundreds of fellow rabble rousers and non-league supporters Mishi had met over the years shared their condolences and stories about meeting the non-league legend.

Mishi had battled health problems including a heart attack in February but had made a recovery, and only in the last few weeks tweeted how happy he was to be out of hospital and back at work.

Earlier this month, Mishi had been given a eulogy at a funeral for a young rabble rouser, Ben Miller, who died from cancer at just 38.

In a poignant twitter thread, he had said how much Ben had meant to him, saying: “Many of you will know that I should’ve died from a heart attack in February and the biggest compliment I can pay to Ben is that I would swap places with you today in the bat of an eyelid.

“It is true that the good die young and though you will never realise it I will miss you so much.

“Farewell my friend farewell. I’m not ashamed to admit I’ve shed a tear or two as I typed this all and will shed some more before the day is over.

“You were one of our own Ben… and even though you’re no longer with us you always will be.”

Mishi was a long-standing friend of both the club and Southwark News, and known by many readers and fans for his often cantankerous but always amusing take on his team’s chances.

A larger-than-life character, he took great joy performing his poetry, his library work, and dining on the ever-favourite pie ‘n’ mash.

Many News readers will also remember his contributions to our letters page.

Here are just a handful of tributes to non-league football’s greatest fan.

Well I don’t think he would have ever imagined this, but the old git is trending at number 10 in the UK.

That would make him smile I’m sure.

Just shows what a loss this really is. There’s only one @DulwichMishi ?? pic.twitter.com/CkhSNU0fvV

Mishi was a star of the strange and special spoken word sub-culture in South Ldn. Sometimes controversial but always open and devoted to his poetry and his beloved Dulwich Hamlet FC. Unboxable, he was a study in self-identity, and we can all learn from that #RIPMISHI ? https://t.co/muxqbbCVJg

RIP @DulwichMishi I know how much @DulwichHamletFC meant to you, and how much you meant to the club and all its supporters. You’ll be much missed and fondly remembered ??

RIP @DulwichMishi – a @DulwichHamletFC legend respected on the Non League scene and an all round great bloke.

You will be sadly missed. https://t.co/YDXzdvR9MN

It's hard to put into words how loved Mishi was, and will remain to be.

He is undoubtably a huge part in our recent success, and a huge part of the culture of the club.

Our loss is immeasurable, but we will always remember you for all the amazing things you did. #DHFC?? pic.twitter.com/agZOGRVyq2

I have NEVER in all my life seen anyone LOVE a football club like Mishi did Dulwich.

We've all lost a good friend this morning in @DulwichMishi. It was his drive and ideas that first engaged our community with @DulwichHamletFC and he was loved and respected more than he ever knew

Jesus, that man went through it all. Like everyone else, I assumed he would get through his latest battle. I'll miss our low-level bickering and mutual piss-taking and Dulwich Hamlet will always miss a true legend. Huge love to all. RIP Mishi x

It’s been such a sad morning hearing about the passing of @DulwichMishi. It was made even more sad looking through these videos that I remember shooting so vividly. Thanks for helping fight for the club’s survival & organising the trip to Hamburg last year . RIP, Mishi ???? https://t.co/RqLVwqAfoG

RIP Mishi Morath, it's a sad day for Dulwich Hamlet. When he came along to Fun Palaces at Carnegie Library in 2015 he wrote a poem on my collaborative comic which of course mentioned non-league football and the #DHFC match happening later that day. https://t.co/8zSBkqvfql #Mishi pic.twitter.com/NM6Cjnxd3I

Sad, sad news. Rest up Mishi!!! Thanks for everything you did for me while a player, a fan and as a reporter for @Southwark_News

Epitome of knowledge and enthusiasm, if not sometimes a little pessimistic about our chances.

We honestly don’t know what to say.

Rest up @DulwichMishi, we love you.

So sorry to hear this news. I first met dear Mishi at Football Supporters Association meetings in the late 80s, and caught up with him again through Twitter lately. A renaissance man, massive friend to non-league football and a hinterland beyond that. RIP from @EBTheDeres ?

Non league football has lost one of its biggest characters. You're doing something right when other clubs make you the cover star of their programme! Everyone felt Mishi's passion when he spoke at the meeting that kickstarted the Save Top Field Campaign. RIP @DulwichMishi pic.twitter.com/jUevAWWnX5

Absolutely gutted to wake up to this sad news. Mishi was the first supporter that I noticed at dulwich back in the early 90’s when I came to my very first game. His passion was contagious and made me, even then, feel like I was part of a very special club. RIP Mishi!! #mdmimhkmd

Sad sad news…..over the years @DulwichMishi a proud Lewisham man often came to our games at Ladywell Arena especially the ‘Catford El Classico’ games as he named it ..between us & @LewishamBoroCFC .. true true @NonLeagueBall fan ..RIP

Everything great about non-league epitomised in one person

A non-league legend and a man who clearly loved Dulwich Hamlet with every fibre of his being.

Dreadful news. I knew Mishi back the 80s FSA days. He was a prince among men. My sincerest condolences to his family and friends.

Terrible news. I'm glad he got to see Dulwich play a league side and have his moment on TV. RIP, a real non league character

One of the last conversations I had with Mishi was at the bar in Chippenham. He talked so excitedly of a trip he had planned to York to visit Bootham Crescent. Take a small slither of comfort from the fact he ticked that one off.

RIP big man. Never, ever forgotten at this club. pic.twitter.com/zkG1ZJ0TSv

DHFC application for new stadium will be decided next month 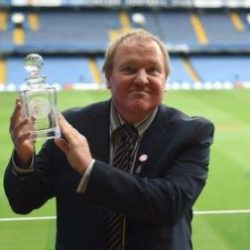 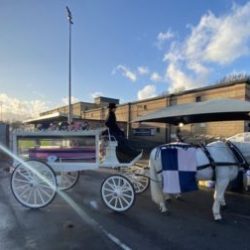 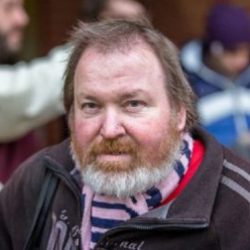