Over 10,000 residents are on the ‘shielding’ list in Southwark

But less than half have requested government-sponsored food deliveries 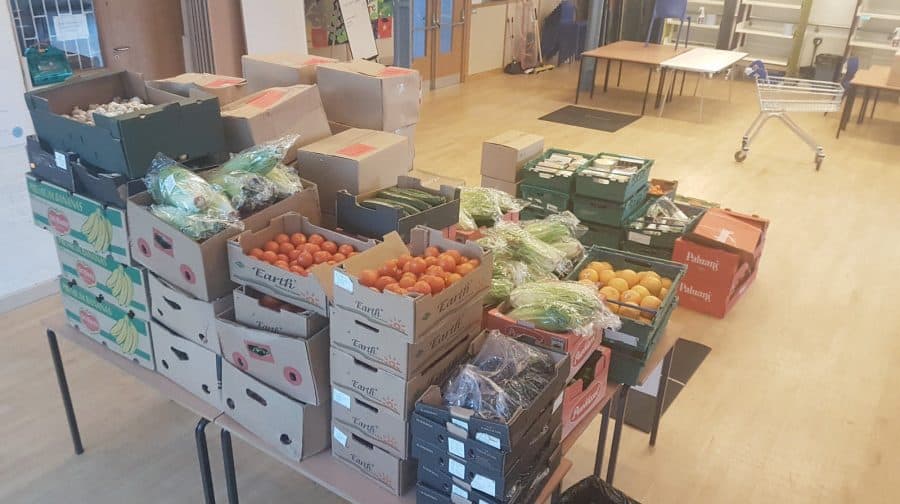 Food donations at Pembroke House during lockdown in April

More than 10,000 are now on Southwark Council’s ‘shielding’ list of people extremely vulnerable to COVID-19 but, worryingly, many have not yet registered for government-sponsored support.

Those classed as particularly vulnerable to Coronavirus include cancer patients, those with lung conditions like COPD, and pregnant women with heart disease. This week they have been told, for the first time in three months, that they can leave home if maintaining strict social distancing.

The number of those flagged in Southwark has more than doubled during the pandemic, growing from around 4,000 residents the council was aware of at the beginning of March, to 10,765 as of May 18.  They now account for around three per cent of the borough’s total population.

But despite a huge public awareness campaign, less than half these people counted by the council are formally registered with the government’s own shielded list and, of this group, only 46 per cent (or 2,060 residents) are receiving government-sponsored food deliveries.

The discrepancy can be attributed to people not realising they can register for food parcels, residents deciding not to subscribe as they are able to afford and arrange their own food, or because other individuals, organisations and community groups are already meeting this need. They may also, mistakenly, believe they are not entitled due to their immigration status. Parcels for shielded residents, however, are available for those with no recourse to public funds.

In total, around fifteen per cent of the shielders who registered with the government said they were unable to meet their basic needs – such as food deliveries or prescriptions.

The council says registration rates are lowest in some of the most deprived areas of the borough – meaning there could be many more people left struggling who are entitled to support.

The neighbourhood areas – or wards – with the largest shielding populations in Southwark are Nunhead and Queen’s Road (886), Newington (616) and Old Kent Road and Peckham – which both have 614 shielders.

By mid-May the council had tried to call more than half those on their list to make sure they were receiving supplies, including prescriptions, and to ask if they needed help with other issues such as housing.

But, so far, its team has not been able to reach 243 people – all of whom are now receiving welfare checks from teams going house-to-house.

As expected, the majority of people on the shielded list are in one of the most vulnerable age groups; 50 to 79 years of age.

On top of the 10,500 shielded residents, there are a further 10,000 believed to be particularly vulnerable to the effects of the virus who are being supported by Southwark Community Hub.

Last week Southwark Council committed to continue this work, a joint COVID-19 response with charities and voluntary groups, into September.

Southwark NewsNewsOver 10,000 residents are on the ‘shielding’ list in Southwark