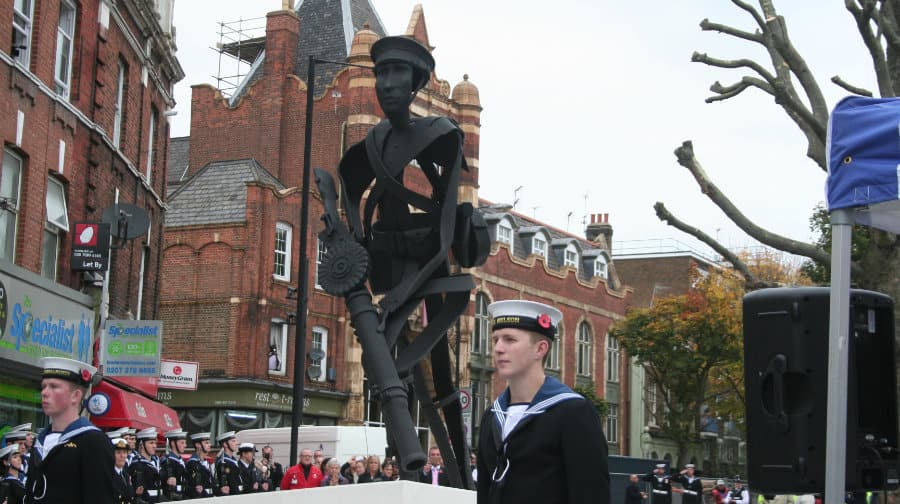 Over £2,000 was raised at a Millwall fundraiser for the upkeep of the Albert McKenzie statue last weekend.

The race night, which was held at the Den, was attended by around 100 people, including Ben Thompson, Mahlon Romeo, and other Lions players.

Paul Keefe, chair of the Albert McKenzie Committee, told the News: “It was brilliant, it was really good fun. It went very well and people gave generously.

“The money will be used to sand the base and install lights around the statue. It’s a bit complicated, it’s not just a case of putting the statue up and leaving it.” Bermondsey boy McKenzie achieved legendary status when he fought valiantly during a WW1 mission in Zeebrugge Harbour in Belgium.