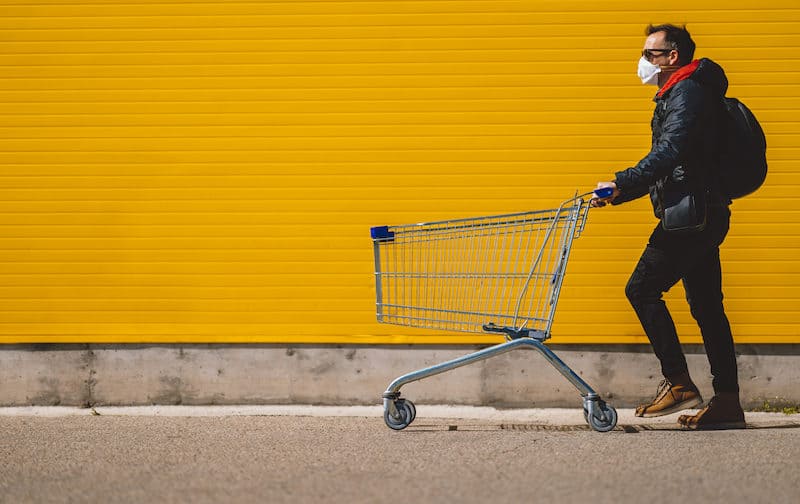 More than half Peabody’s residents in London have now lost their job, been furloughed or are working fewer hours according to new data published this week on the financial impact of the pandemic.

The capital has the highest unemployment and furlough rate in the UK, with the biggest decline in satisfaction in any region according to research from the housing association and the Social Market Foundation think tank.

Its new report, based on an analysis of Office for National Statistics figures and surveys of Peabody residents, shows that Londoners are disproportionately affected by the lockdown, with the impact of furlough and low pay prompting fears of growing hardship among poorer residents.

London has the highest unemployment rate in the UK, with double the number of unemployed people than any other region. There are also more people furloughed in London than in Scotland, Wales and Northern Ireland combined. Unemployment in Southwark is currently running at 8.7 per cent.

Nowhere in England has experienced a larger decline in life satisfaction than London (by 9.3 per cent), increasing to 17.4 per cent among people on lower incomes.

More than 2,000 Peabody residents were surveyed for the research to find out how the pandemic had affected their finances and wellbeing. Over half (54 per cent) had lost their job, been furloughed or were working fewer hours. In October 2020 this figure was at 38 per cent.

More people are now earning less than the London Living Wage – 38 per cent – compared to less than a quarter in August.

Only fifteen per cent of residents who had lost a job during the pandemic had now found new employment, while one in five had taken out loans or used credit cards to buy essentials.

Most distressingly, one in four Peabody residents described themselves as being in a ‘desperate financial situation’.

The housing association said it was clear that the government should focus its new budget on strengthening the safety net for the most vulnerable.

It called on the five-week wait for Universal Credit to be reduced and the £20 uplift to become permanent, and said it was vital furlough was extended until all sectors had reopened. It is also pushing for new funding to help people develop new skills, retrain and access mental health support.

Peabody’s chief executive Brendan Sarsfield said: “The survey of Peabody residents shows that people on low incomes across the capital are really struggling as the lockdown continues. “London already had the highest rates of poverty in the UK and the new jobs crisis caused by COVID is making this worse.

“We’re doing what we can through our resident wellbeing programme, but London needs more support from central government to make sure the poor are not left behind as a result of the public health disaster over the last year.

“We hope that next week’s budget will provide financial backing to support struggling Londoners through the ongoing emergency, and lay the foundations for a strong, comprehensive recovery for everybody. ”

Scott Corfe, research director at the Social Market Foundation, said: “Over the past year, not only has London seen a much faster rise in unemployment than the rest of the country, but it has also seen a bigger fall in life satisfaction and wellbeing. This is particularly true for those on lower incomes.”

“Although the vaccine rollout offers hope of a return to normality later this year, there is a risk that the capital will emerge more unequal than before the pandemic.

“The rise of working from home, reduced tourism and online shopping could lead to significant job losses in sectors such as retail and hospitality.

“It is vital that the government continues to support those struggling in the current economic circumstances.”

Southwark NewsNewsOver half Peabody residents in London are now unemployed, furloughed or on reduced hours as housing association calls for more government support for hard-hit Londoners