“Bellenden has changed drastically. It used to be very deprived, and it’s turned into what it is now. You could call it Bellenden Village," shop owner said 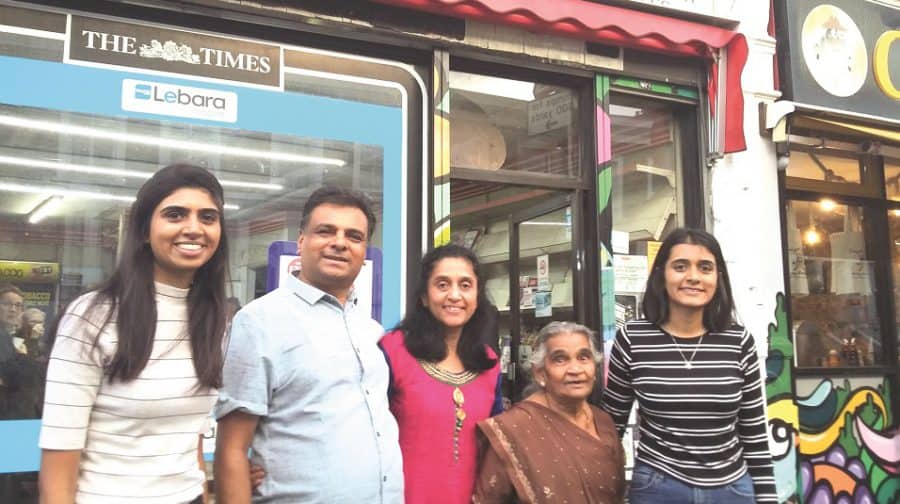 The Bellenden Road business has been open for 32 years, under the ownership of Nayankumar and Chetna Patel.

The couple told the News they had seen the area “completely transform”, and had loved being able to raise their two daughters in the flat above the shop.

But when their landlord raised their rent, twinned with falling newspaper and magazine sales, they decided it was time to move on.

“The rent is going very high, and business is going down, so we can’t afford to stay,” Nayankumar, 56, said.

Chetna, 51, said: “We opened in 1985. It’s felt like our life-time. Business was good, it was like the golden times back then. But we’re just a small shop, and people’s attitudes to shopping have changed.

“A lot of the people here [at the farewell party] have known us for the entire 32 years. And for a few weeks people have been turning up to say goodbye and wish us well.

“We owe everything to all of them. We’re incredibly grateful. They’re like our family.”

Nayankumar, from Uganda, and Chetna, from the Indian state of Gujarat, both settled down in Peckham in their early twenties, after an arranged marriage.

Their daughters Kiran and Kejal are both physics graduates from Imperial College and King’s College London, and have found topflight jobs as engineers.

The couple are now planning to go travelling for six months.

“We’re going to India for two months, then Australia, and we’re thinking of going on a safari in Kenya,” Chetna said. “After that we will look at doing some voluntary work. We feel like we deserve a break. We’ve opened the shop seven days a week all through the year.”

Nayankumar said: “Bellenden has changed drastically. It used to be very deprived, and it’s turned into what it is now. You could call it Bellenden Village.

“Southwark Council has invested a lot of money into it over the years. They got a grant from the EU, and they used that to give grants to small businesses to open in the un-occupied shops.

“But we got here before all of that, we did everything all on our own.”

It is not yet known what will take the shop’s place.