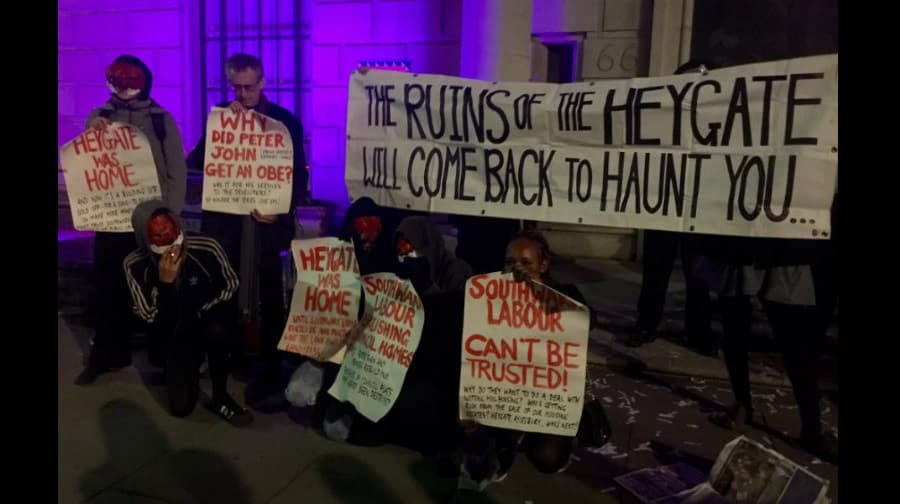 Protesters gathered last Thursday outside the Stirling Prize ceremony, to demonstrate against luxury flats that were built to replace the Heygate Estate being shortlisted for the award.

Campaigners from Architects for Social Housing were joined by former Aylesbury Estate resident Piers Corbyn (brother of the Labour Party leader) for the gathering in at the home of Royal Institute of British Architects in central London, being televised on BBC News.

The Trafalgar Place luxury flats off Elephant Road were built by Lendlease to replace 104 council homes in Wyngrave House. There are now 52 affordable flats and eight social-rented flats in its place.

Piers told the News: “We all made the point that social cleansing and the loss of council flats has to stop. We were objecting to the whole thing.

“There were about 50 of us there. It was a peaceful protest and no one was arrested. Some people were dressed in masks and went inside and got removed.”

The Stirling Prize was awarded to the Newport Street Gallery in Lambeth.