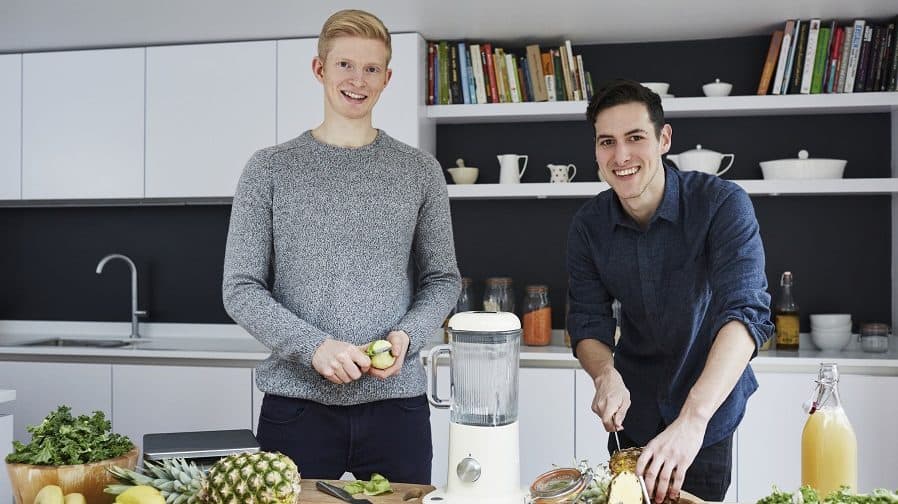 A Dulwich Hamlet fan who spent two years living in his parents’ garden shed has told of his dream to help disadvantaged young people become entrepreneurs after achieving success with a frozen smoothie company.

Luke Johnstone, 29, is a co-founders of PACK’D, a range of frozen packets of smoothie ingredients sold in Tesco, Sainsburys, Ocado, and more than a thousand other retailers in the UK.

But not so long ago, Luke was living in a shed at the bottom his family’s council flat garden in an attempt to save enough money to start the business from scratch.

Now, the company is about to launch its next stage of investment so it can become a ‘worldwide brand’, and the company claims to sell 20,000 smoothie kits every week.

But Luke says one of his main aims is to grow the company so he can give back – and help disadvantaged young people set up their own businesses.

“I had the idea for PACK’D in 2013,” he told the News. “I was trying to get the right nutrition and energy for going to work and playing sport, but realised many bottled smoothies were unhealthy and high in sugar, but took too long and were expensive to make freshly at home.”

After quitting his job as a BBC researcher and partnering with childhood friend Alex Stewart, he spent two years trading on market stalls with support from the Prince’s Trust, and living in his parents’ garden, before officially launching the business in 2015.

Within just six months their smoothie mixes were retailing in 750 stores.

The Young Entrepreneur of the Year award-winner says the support he received from the Prince’s Trust was invaluable: “The odds are not fairly stacked and if you do not come from a background with money then often really good ideas do not come to light,” he says, “but there is a hell of a lot of that can be done to level the playing field.

“I would like to really like us to work with charities and give people who have a business idea a market stall, and help them gain the experience of running a company.”

Luke was born in Peckham but spent most of his childhood on the Dog Kennel Hill estate, before his family moved to Herne Hill.

He attended Rosendale Primary School and played at Athenlay Football Club, counting himself as a Dulwich Hamlet fan.

Luke was on track to have a professional tennis career before a bad knee injury forced him to change tack. Sport is still important to his work – as PACK’d works with nutritionists to make sure their smoothies are suitable for top-level athletes.

There still only seven people working at PACK’D, including its two co-founders, and they hope to raise £500,000, which will help them expand their range, set up an online shop and start home deliveries.

“We’ve grown fast, but we’re far from finished,” he says. “We need more stock to meet demand, bigger marketing to reach more people, and new products to stay ahead of the curve.”

The company’s success comes at a time when Southwark’s start-up industry is booming.

According to data from the Start up Loans Company, businesses in Southwark have received more than five million in loans since the government-backed company was founded six years ago.

This is the second highest amount out of any London borough, behind Hackney, which netted £6.7 million.

The news shows how Southwark is hot on the heels of its Shoreditch rival, with 754 loans given out.