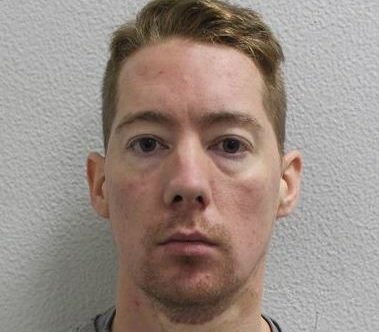 A paedophile has been jailed for multiple child rapes and sex offences after an investigation into what a police officer described as ‘by far the worst’ case she had seen in her career.

Dean Edmunds, aged 36, from south-east London, was sentenced to eighteen years on Friday (May 21) at Croydon Crown Court after pleading guilty to 28 separate offences.

Among his numerous offences were three counts of raping a girl under thirteen, sexual assault of a minor, and making and distributing indecent photographs of children. His partner was also convicted after helping to make indecent images and performing a sex act on their dog.

Edmunds was arrested after Met detectives examined more than 1.5 million images stored on eleven of his devices. They found 6,700 indecent images of children and extreme pornography.

Officers also travelled overseas several times to interview a victim and her family.  The majority of his rape and assault offences related to one girl who was abused between the ages of three and seven.

Detective Sergeant Laura Davies, who was the first person the young girl had spoken to about the abuse she had suffered, said: “I’ve been a police officer for almost 20 years, I spent five years in the child abuse team and this case is by far the worst case I have ever investigated.

“Edmunds groomed his main victim to the point where she was so terrified of Edmunds that she was unable to tell anyone what had happened to her.

“This was an extremely traumatic experience for her but she has shown great courage and bravery throughout this investigation.

“I wish to thank her for showing such strength and for putting her trust in me as I was the first person she opened up to about what had happened.

“She started to physically shake at the mention of his name during her interview. What is truly heart-breaking is that given the young age of the victims, it is difficult to establish what the full psychological impact will be on them as they grow up.”

Police are still trying to identify four other victims, all young girls, that Edmunds recorded himself abusing.

Officers also found hundreds of ‘upskirting’ images he had taken of women girls on public transport, in changing rooms and other locations.

He was sentenced alongside his partner Leanne Edmunds, aged 36, who had joined in with his horrific fantasies. 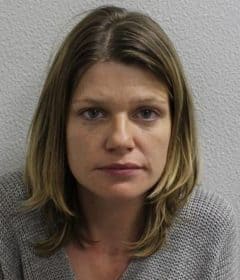 Police also found a videos they had made of Leanne “engaging in a sexual act with the family dog”.

She avoided jail and was sentenced to a three-year community order on Friday, 21 May after previously pleading guilty to making indecent photographs of children, possessing prohibited images of children and intercourse with an animal.

The father of one of Edmund’s victims said: “When we were first told about what had happened I screamed in horror, I couldn’t take what I was hearing, I couldn’t comprehend what the police were saying to me. I did not want anyone to say those words to me, but they did and it will forever haunt me.

“I went through weeks of pain, sleepless nights, I could not process it. I doubted myself as a parent, the guilt was too much to bear. I should have been there, I should have stopped it, I should have protected her.

“When my daughter was born, I was new to the whole dad business but the unconditional love I felt for my little girl was like a train hitting me.

“She was a beautiful little baby, she was my little girl and I cannot describe the anger, upset, disgust and hurt I feel at what that person has done to her and what he has taken away.

“I cannot imagine how she must have felt carrying this around with her, not having told anyone. I feel so sorry for her that she had to bottle this up inside her because she was so scared to say anything to anyone.

“I will always carry the anguish of what has happened with me, but this is nothing to what my daughter will have to live with for the rest of her life.

DS Davies added: “Dean Edmunds’ offending was of the most depraved in nature and he is without a doubt a danger to all children.

“He recorded his abuse of his victims, discussed it with Leanne and shared the images as if he was showing off and was proud of what he had done.

“He talks about his victims in the most disgusting and arrogant way. He showed no remorse in his interviews with police and had no regard for the pain, hurt and suffering he has caused.

“Edmunds placed his own sexual gratification before anything and in doing so violated the privacy of countless women and girls through the images he took in public places.

“Edmunds did not give a second’s thought to the women and girls he took photos of as they were going about their daily lives.

“Edmunds possessed a significant amount of indecent images across a number of devices. Throughout my career I have had to view a large amount of images and I can only described these as the worst type of child abuse images I have seen.”

Detective Chief Inspector Dan O’Sullivan, from the South Area Public Protection Unit said: “This case exemplifies the lengths that officers from the Metropolitan Police Service will go to bring offenders like these two individuals to justice.

“In order to protect the identity of victims in this case we are unable to fully discuss the level of interagency working, but it would be wrong to let today pass without acknowledging the efforts of our overseas and governmental partners in securing these convictions.

“I also want to pay tribute to the tireless work of the dedicated officers who spent hours viewing the most horrific images that led to today’s sentencing.

“This was a fast paced investigation and thanks to the effort of the team, Edmunds will no longer be able to harm children.

“This is truly a harrowing case and at the heart of it are families who must now face piecing their lives back together.

“Nothing will ever take away the implications of Edmunds’ abuse, but I sincerely hope in some small way that today’s sentence can allow the victims and their families to begin to heal from this terrible ordeal.”

Well done to the public protection unit for the hard work that was carried out to take another evil paedophile off the streets.
The father expressed poignantly how he felt, I understand. But these perverts are invading society every minute of every day. It wasn’t down to his lack of protection but more to the determination of perverts to carry out evil acts, film themselves and sell images to others.
The female partner was not jailed too ,why not?