Vehicle was parked outside Leicester House on Saturday evening 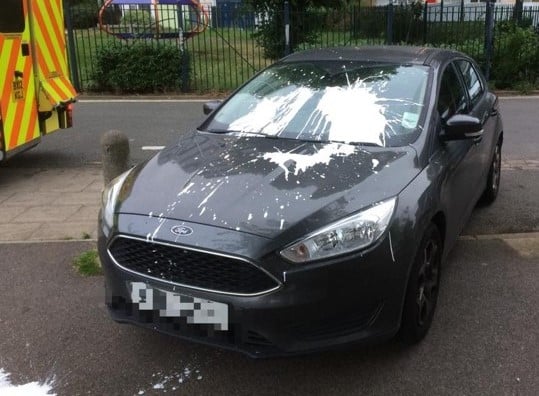 Police are appealing for information after an unmarked police car was covered with paint while officers responded to a mental health crisis with paramedics.

Police had arrived at Loughborough Road’s Leicester House near Loughborough Junction on Saturday (July 4) at 8.10pm.

While inside the venue, a member of the public told officers their car had been damaged with white paint, just weeks after a marked police car had metal bolts thrown at it while parked in the same place.

The damaged car is used by the crisis assessment team that works across south London with mental health professionals from the South London and Maudsley NHS Trust to respond to critical incidents involving mental health issues.

Police Sergeant Terry Collman, said: “The damage to this vehicle has resulted in it being unserviceable. In turn, this will have an impact on our ability to respond to incidents involving mental health in the area.

“Damage to police property, such as this, is quite literally reducing the level of service that local people can access. If you have any information that could assist our investigation please do get in touch.”

Anyone who witnessed this incident or has information should call 101 or the independent charity Crimestoppers on 0800 555 111.