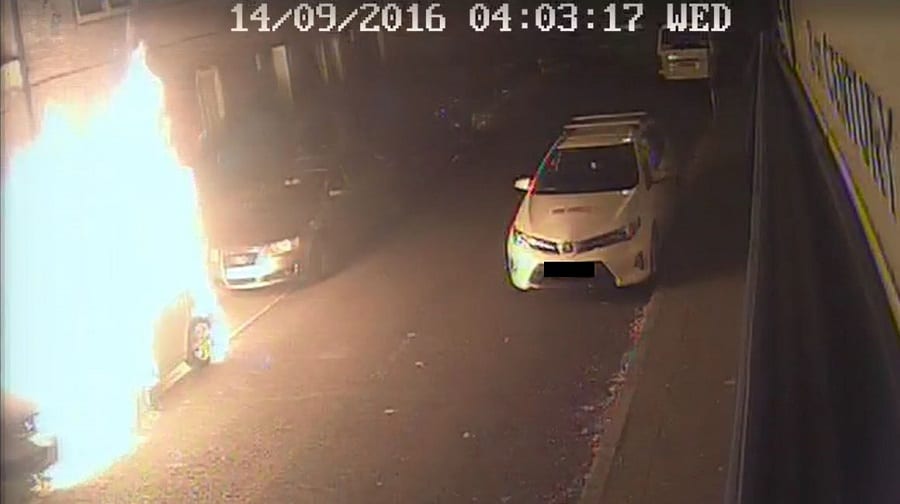 Police have released images of two people who could hold “vital information” in the hunt for the arsonists who destroyed a family car.

CCTV footage recorded on that night shows the arsonists, believed to be two men, strolling down the road at about 4am, before heading straight for a silver Volkswagen Polo parked on the side of the road.

One of them is captured emptying out some sort of accelerant from a container on to the bonnet of the car, before dousing the roof of the car as well.

The second person then appears to set something alight before throwing it at the car, which instantly turns into a fireball as they run off in the direction they first came from.

Police would now like to speak to two people who were in the area shortly before the arson attack and who might hold vital information which would lead to the arrest of those responsible.

PC Wilkinson said: “Police at Rotherhithe are still investigating the arson attack which occurred in September 2016 which destroyed a family’s car.

“The CCTV still depicts two individuals that were in the vicinity of the arson attack about 20 minutes prior to the car being set alight.

“These individuals may hold vital information which could assist the police investigation.