Pair rescued after getting trapped in arch of Southwark Bridge 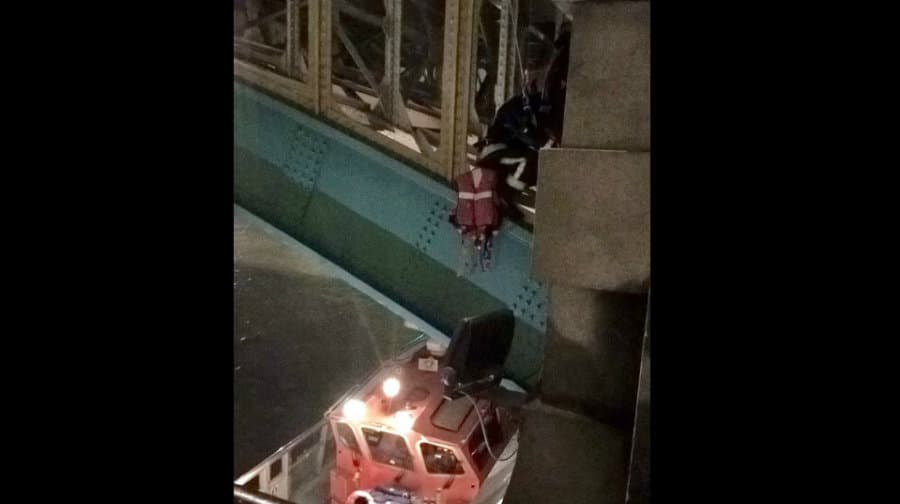 ­Two people were dramatically rescued by the London Fire Brigade last week after becoming trapped in the arches of Southwark Bridge.

The incident occurred at around during the early hours of the morning of December 18, when one fire engine, two rescue units and a fire boat arrived at the scene.

A spokesperson for the LFB said that “line rescue equipment” was used to lower the people from the bridge’s arches down onto a waiting boat from Lambeth River Station.

Photos show fire officers helping the trapped pair off the bridge in harnesses, while the boat bobs in the Thames thirty feet below.

The pair reached the boat safely and taken the shore, where they were attended to by the London Ambulance Service.

Watch Manager Steve Howlett from Dowgate Fire Station said: “Thankfully neither of them were injured.” The bridge was closed by City of London Police during the incident, which began at around 2.20am and ended at 3.40am. Twenty fire officers attended the scene.

Southwark NewsNewsPair rescued after getting trapped in arch of Southwark Bridge