Half of a five-roomed maisonette was damaged by the blaze 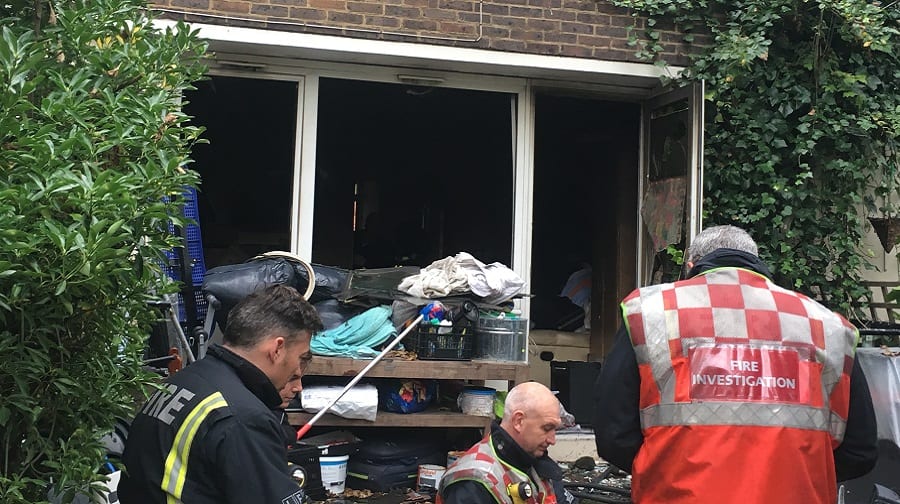 Firefighters rescued a man and woman from a first-floor window after a Bermondsey maisonette set alight.

Four fire engines and 21 firefighters and officers were called to a fire at Trotwood House, in Wilson Grove, off Jamaica Road.

Half of a five-roomed maisonette on the ground and first floor was damaged by the blaze.

Firefighters rescued a man and a woman from the first-floor window using a ladder.

They were treated at the scene for smoke inhalation by London Ambulance Service.

The fire brigade was called at 7.42am yesterday, Wednesday, and the fire was under control by 8.40am.