Palace to Paris runners raise over £30k for Cure Leukaemia 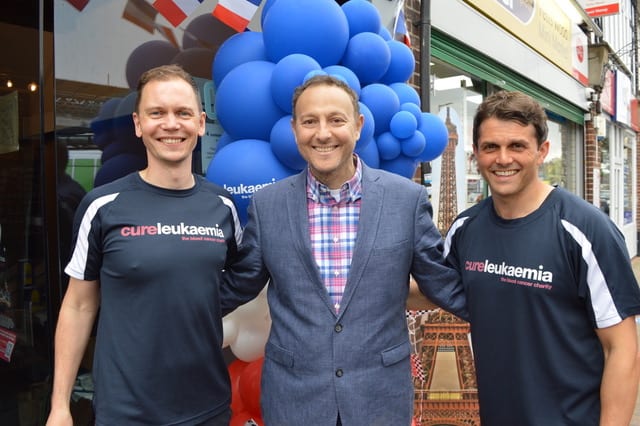 Two Crystal Palace fans who ran 460km in 30 days in support of their brother-in-law battling cancer have raised more than £30,000.

Lee Roberts and Jordan Smith smashed their original target of £15,000 during the challenge which saw them run eleven marathons in just one month without any rest days.

They had come up with the idea of running the equivalent of Selhurst Park to Paris to support ex-News journalist Geoff Hill who was diagnosed with leukaemia in 2017.

After multiple gruelling rounds of chemotherapy and a stem cell transplant Geoff has since relapsed and been told there are now limited treatment options.

But he could still gain a place on a clinical trial for a type of pioneering CAR-T cell therapy.

Lee and Jordan set out to raise as much as possible for the charity Cure Leukaemia, telling the News it would help fund vital research and also show their support for Geoff after a tough year under lockdown.

Last Wednesday, in an emotional end to the challenge, both runners crossed the finish line. 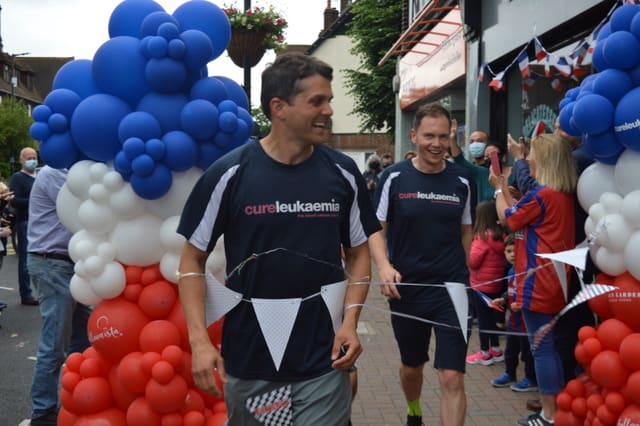 “We only had to run 7km or so on the last day as we’d built up the miles earlier on,” said Lee, “so we probably looked better at the end than we had done on most of the other days.

“We’ve just been blown away really by the level of support and generosity of strangers.

“It has reached a lot more people and gone further than we would have ever expected and donations are still coming in now.

“One day the CEO of Cure Leukaemia joined us for one of the runs and that really put it in perspective how the money will help.

“They solely rely on donations and fundraising to pay for research and nurses.”