Parachute daredevil leaps from The Shard 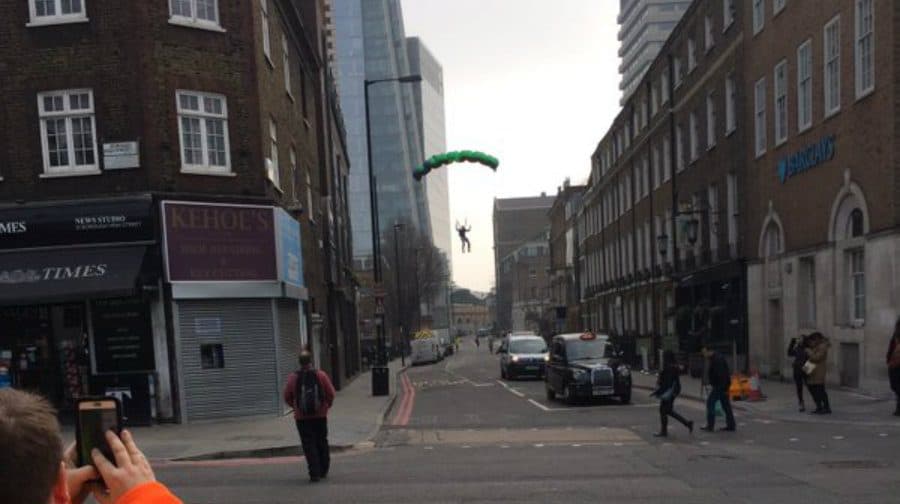 A daring base-jumper leapt from the Shard on Saturday morning before releasing a parachute and landing calmly on St Thomas Street.

Stunned onlookers snapped photos as the daredevil dodged traffic and landed beside the iconic building, before making a hasty escape with an accomplice.

The Shard is the tallest building in western Europe and has been a popular spot for base jumpers since it was constructed .

A Scotland Yard spokesman confirmed that officers were called to the area at 10.18am to reports of someone jumping from the building. No arrests were made.

A spokeswoman for the Shard said: “We can confirm that we are investigating an incident involving a member of the public this morning.”

A stunning photo showing the basejumper descending from the Shard (Photo:by Brian Travers)

The basejumper dodging traffic as he lands on St Thomas Street