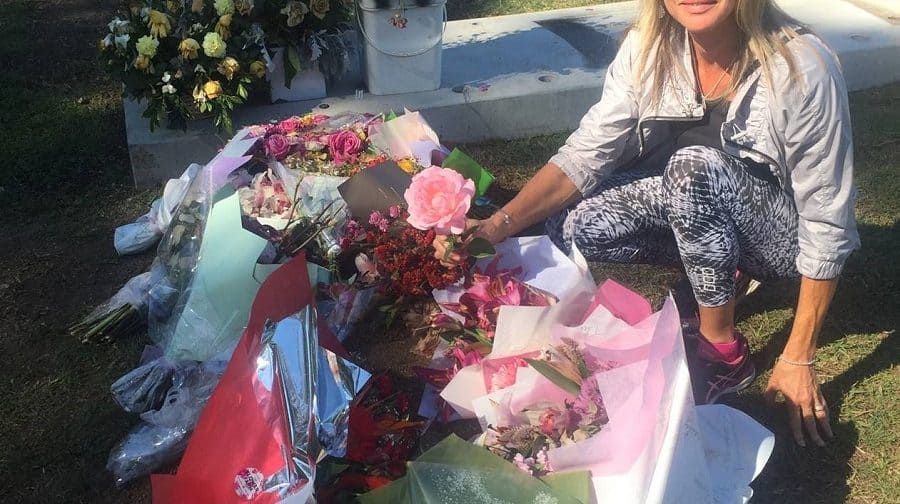 Julie Wallace at the cemetery

The parents of Sara Zelenak, a 21-year-old Australian who died in the London Bridge and Borough Market terror attack in June 2017, have launched a charity which will provide support to people suffering from traumatic grief after a sudden or shocking death, writes Jessie Kolvin…

Sara was working as a nanny in London, as part of her European travels, when the attack took place, and had been due to reunite with her family in Paris at the end of June.

Julie and Mark Wallace are now “determined to give purpose” to their daughter’s loss by launching a charity.

Sarz Sanctuary will aim to provide a comprehensive range of therapies to treat grief after traumatic deaths.

The couple say they idea came after realising there is no one method for coping with grief.

They plan to build a healing sanctuary – Australia’s first and free to attend – which will provide holistic support to those grieving after the loss of a loved one.

With public backing, Julie and Mark hope to establish a similar centre in the UK in the near future.

Mark explains: “The charity’s mission is a true reflection of the kind of love Sara taught everyone around her when she was with us – unconditional, unchanging, without barriers, forgiving, nurturing and supportive; a love that can lift others from defeat.

“Our hope for the future is that, through the charity, other individuals experiencing traumatic grief, will feel supported to heal in their own way without being defeated.”

Sara Zelenak was one of eight victims in the London Bridge terror attacks. Here they are remembered one year on: http://www.southwarknews.co.uk/news/london-bridge-one-year-on-remembering-the-innocent-victims/