Others support the change to blazer and tie for school pupils 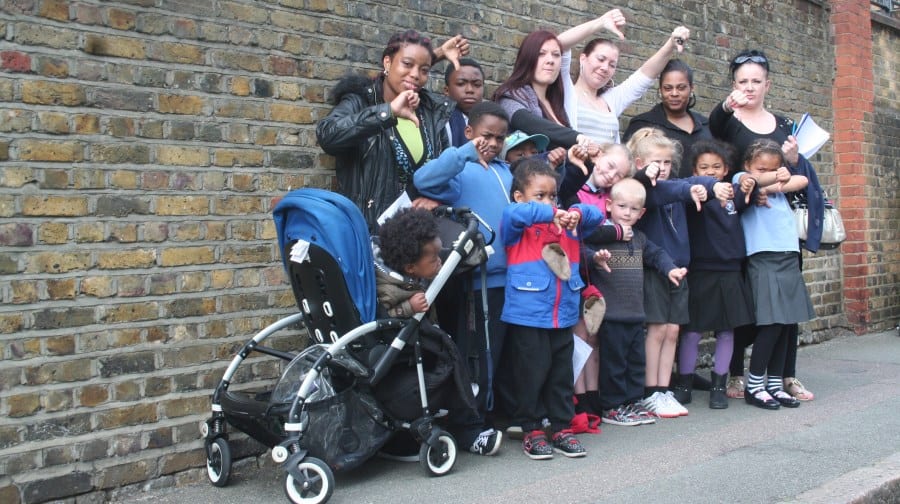 Parents at Camelot Primary school are petitioning against a new uniform

A group of frustrated parents has started a petition to block a school plan to change their children’s uniform.

Come September the kids at Camelot Primary School in Peckham could be wearing blazers and ties for the first time, instead of a school jumper and collared t-shirt.

The school in Bird in Bush Road was taken on by former head of Camberwell’s Crawford Primary, Laleh Laverick in January, as part of a new partnership with the Mayflower Federation, who also run nearby Pheonix and Ilderton Primary.

Leanne Beamin, who has a daughter at the school, says she was told the uniform change was part of a ‘rebranding exercise’, so that Camelot students would wear similar clothing to those at Mayflower Federation schools.

“They’re not a brand, they’re children,” said Leanne, who feels strongly that the money the school is committing to buy the first round of blazers, ties and book bags for all the children could be spent on more afterschool clubs or improved facilities at the school.

“The money could be better spent on a better education and premises for our children,” she said.

Mother-of-four at the school, Aisha Ibin-Ibrahim, said many parents were confused about what was happening at the school and what the new partnership with the Mayflower Federation would mean in the future. “We all love our school and we love our kids. I don’t want to have to move them because we are worried about how the school is moving forwards,” she said. “We are so confused about what’s going on because no one is telling parents,” she added.

But parent governor, Amanda Bona-Odo says letters have gone out to parents and two well-attended meetings were held for Mrs Laverick to introduce herself and her ideas for improving the school earlier this year.

“It will give the children a smart look,” said Amanda of the new Navy blazer and tie proposed. “I’ve always believed that a suit gives you that confidence. There’s a lot of people who agree with it,” she said. Parent Keshell Smith said she was in favour of the new uniforms. “It’s preparation for secondary school. It’s going to cost but I don’t mind change,” she said.