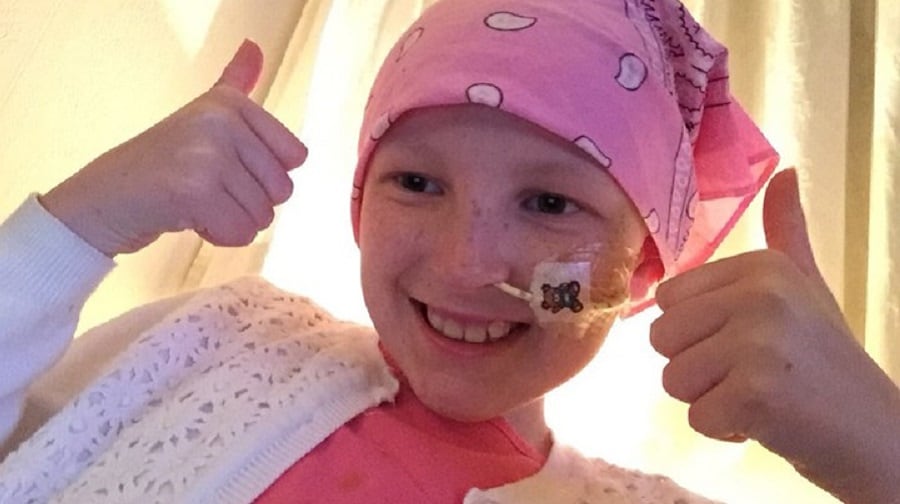 The parents and twin sister of an eleven-year-old Millwall fan who died of kidney cancer will walk to each of London’s professional football clubs to “carry on her legacy”.

Sophie Powell’s parents Steve and Karen, 47 and 48, and twin Emma, twelve, will walk to all of the capital’s professional football clubs to raise money in her memory later this month.

The 54-mile challenge will see the family and their friends walk up to twelve hours a day to raise money for four charities close to Sophie’s heart and to fulfil her wish of buying a holiday home on the Isle of Wight for families with children battling cancer.

Young Lions fan Sophie was just nine years old when she was diagnosed with a Wilms tumour, a form of childhood kidney cancer, in March 2015 – just weeks after her mum Karen also had surgery for a similar cancer.

“It was obviously a complete surprise to us, bearing in mind I had just come out of hospital for the same thing.

“Sophie had just been a little under the weather and had a pain on her right side. Over the next couple of days the pain got worse and she was then sick, so we took her to the hospital thinking she possibly had a grumbling appendix. “As her mum I felt there was just something not quite right and never in a million years did I think it was cancer.

“They gave her an ultrasound and I just knew, so as we left the room I popped my head back in and said to the nurse ‘I know you’ve seen something, what have you seen’.”

Sophie had a similar operation to her mum’s to have her kidney removed but sadly her tumour ruptured, meaning she had to have an intense course of chemotherapy and radiotherapy.

“She was really poorly and had a really tough time with it and then unfortunately she relapsed to her lung in April 2016 and then had to undergo further chemotherapy and radiotherapy, which was quite rigorous,” said Karen.

“Throughout her treatment she never complained or wallowed in self-pity.

“In August that same year my sister Nikki was diagnosed with ovarian cancer and Sophie was her inspiration to get her through her treatment. “Unfortunately, in January 2017, Sophie died. As a family we have been left devastated and broken-hearted.

“She was a bright girl so she knew what was going on and she did ask us if she was going to die and we of course said ‘no’ because we honestly never thought she would.

“The pain of losing her is unbearable.”

Despite being seriously ill, Sophie managed to raise £3,000 for charity when she was first diagnosed and her family set up a fundraising page in her memory to support four charities close to Sophie’s heart that help children with cancer, which has already raised £60,000.

Karen, who is a personal assistant but also works as a receptionist at Millwall on match days, said the fundraising had given her, Sophie’s dad Steve, who grew up in Peckham, and her non-identical twin sister Emma something to focus on.

“We talk about Sophie all the time and it’s as if she is just in the room next door and I think doing this, which is something she would have been so passionate about, definitely helps us,” she said.

“It doesn’t make the pain any less but she’s our inspiration and it gives us something to focus on and keeps her memory alive.

“54 miles is a long way but it’s nothing compared to the journey Sophie endured.”

The charity walk will begin at Barnet on March 23 and finish at Millwall on March 24.

For more details or to donate, visit: www.virginmoneygiving.com/team/sophiepowell