As Lambeth Council shuts Brockwell Park due to 3k visitors in one day, we ask if shutting the gates is the right step 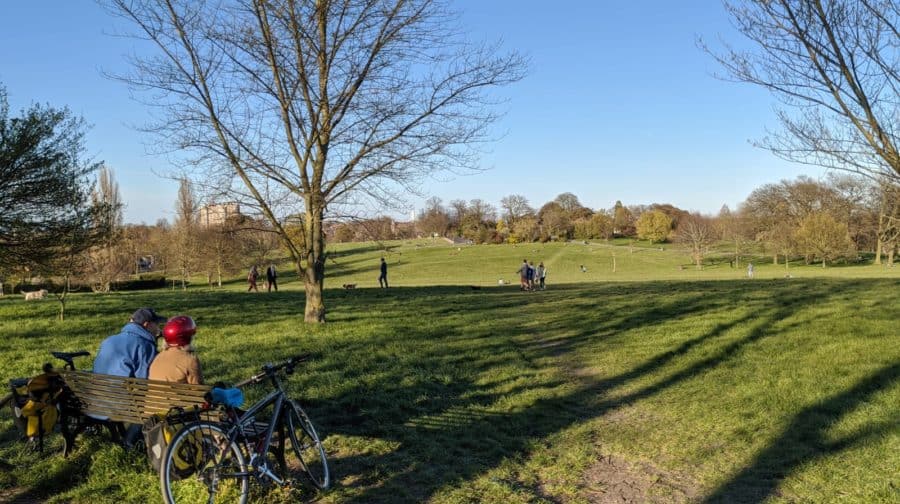 Lambeth Council’s decision to shut Brockwell Park’s gates has ignited a national debate. Is the move necessary in light of the actions of a selfish minority flouting the rules, or is it an over-the-top response that will do more damage than good?

The move was announced on Saturday evening, when the local authority which manages the park bordering Herne Hill, Brixton and Tulse Hill said more than 3,000 people had visited to enjoy the warm weather throughout the day.

At Friday’s press briefing, held at Downing Street, chief nursing officer Ruth May pleaded with the public to think of the two NHS nurses who died from Coronavirus in the last week – both mothers in their 30s – and stay at home.

It was a message reiterated on Saturday but one that is also being continually ignored by a minority.

Although people are allowed to go out for an “essential” shopping, travel, or work, and daily exercise outside, these directives are being misinterpreted – deliberately or otherwise.

Many have criticised the government’s communication strategy, saying there is a lack of clarity about what counts as ‘essential’.

This morning, health secretary Matt Hancock warned all outdoor exercise could be banned. He said images of people sunbathing outside yesterday were ‘unbelievable’.

Despite clear advice, over 3000 people spent today in Brockwell Park, many of them sunbathing or in large groups. This is unacceptable. Unfortunately, the actions of a minority now means that, following police advice, Brockwell Park will be closed tomorrow. #StayHome

The police are already patrolling public spaces and dispersing groups, with officers out today (Sunday) – reminding that picnics are not allowed. Thirty officers are on patrol throughout Southwark alone tasked with enforcing the lockdown.

I'm out on patrol today with some of my officers, making sure people are complying with the lockdown – note you can't have picnics in parks.

Please stay home unless out for essential purposes. Full details of what you can or can't do at https://t.co/O6YtfFFNPi

There certainly have been examples poor behaviour. But, as many have pointed out, 3,000 is not a large number compared with the overall population living in the park’s catchment area.

Over 71,000 people live within Helen Hayes’ Dulwich and West Norwood constituency covers large parts of Brixton and Herne Hill.  Brockwell Park is the largest, nearest park to many of those residents.

Close all the parks in London, since some people don't understand that they must stay at home.#StayAtHome #Quarantine #Londonparks https://t.co/DNfKMtF1pc

No, why shut down parks, where will children who live in flats go to exercise? More space means more distancing!

There are now fears it could be the start of more stringent measures – with other parks following suit.  Southwark’s local politicians have already highlighted their frustrations with those behaving like they’re enjoying a bank holiday.

Although Southwark Council-run parks remain open, this could be overruled if the government decided to move ahead with a further crackdown.

I could not agree more almost cried seeing this pic.twitter.com/4gMD43Mk5h

Others believe a culture of blaming is targeting the wrong people, with many urging Southwark Council to avoid taking similar measures due to the high number of families living in over-crowded housing in the borough – and difficulty walking two metres apart in often narrow pavements.

In Walworth many homes do not have access to outside space. We urge @lb_southwark not to take the draconian measures deployed in Lambeth when the vast majority of people are following the rules. https://t.co/5HQkENbEFW

Please don't close the parks in Southwark, many people rely on them who don't have gardens or balconies. People shouldn't be gathering in them in groups but as part of a daily walk it is much more beneficial for the mind to experience greenery and flowers than tarmac pavements.

Brockwell Park is huge and 3000 people in one day isn’t that many. If you’ve got staff to apparently count people all day, then enforce the rules rather than deprive people without gardens of masses of public space. https://t.co/WVA2T0NNmQ

We’re sad that they’ve decided to close #Brockwellpark our daily walks there were keeping us sane(ish) ?narrow footpaths near us make getting out to exercise difficult and like lots of others, we have no garden.

I don’t have a garden or balcony. I live alone. My daily exercise, in a socially distant manner, is a lifeline to me. Please, please use parks and open spaces responsibly so they don’t get taken away from us. Please.

Brockwell Park is 50.8 hectares of space. Even if all 3000 people were in there at the same time they could have 169 square metres alone each. You're taking green space away from many who have no other option.

Please deal with the groups instead of collectively punishing. https://t.co/fvep2G4JEu

An alternative suggestion has come from Harriet Harman, who called for Southwark Council to find a way to stagger park entry and exercise times by street to reduce the number of joggers, walkers and visitors during peak times.

This could also help ensure people using wheelchairs and walking aids, and those pushing buggies, can make use of tarmac paths still being dominated by joggers.

We need park rotas in crowded city areas so all can get their share of our wonderful public green spaces for safe exercise esp families w young children in flats https://t.co/JGYpwFzTgn

So far this morning, the majority of people are still doing the right thing. Let’s hope it stays that way.

Southwark NewsNewsPark Closures: Necessary step to save lives or draconian move that will cause more damage?