Sean, who grew up in Bermondsey, was inspired by the late Sir Captain Tom 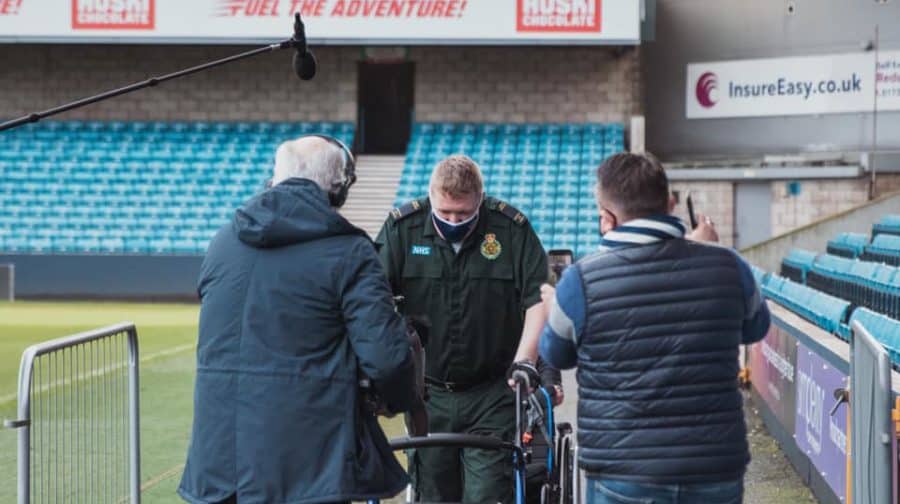 Sean on his walk yesterday

A partially paralysed Millwall fan has walked around the pitch of the Den in his latest bid to raise money for London’s paramedics.

Sean Ash, 39, made headlines last month when he walked a mile from his house, despite being paralysed below the waist because of the rare and severe Cauda Equina Syndrome.

Sean, who grew up on Bermondsey’s Millpond Estate, has raised nearly £60,000 to date for the London Ambulance Service, inspired by the example of Captain Tom.

But after completing his mile-long walk, Sean set himself another challenge – walking the perimeter of the pitch at his beloved Den.

Speaking to the News on Tuesday afternoon, after he finished the walk, he said: “I chose Millwall because my dad used to take me here as a kid, I used to be a season ticket holder.

“It meant a lot to my family, and it’s been a huge part of my life. I used to dream of playing on that pitch, and now I know that will never be able to happen.

“But doing this, it’s a dream come true.” Sean suffered the life-changing paralysis last year, and has told the News how he struggled with “dark days” in the aftermath of surgery. He has limited movement below the waist and uses splints to help move his feet. 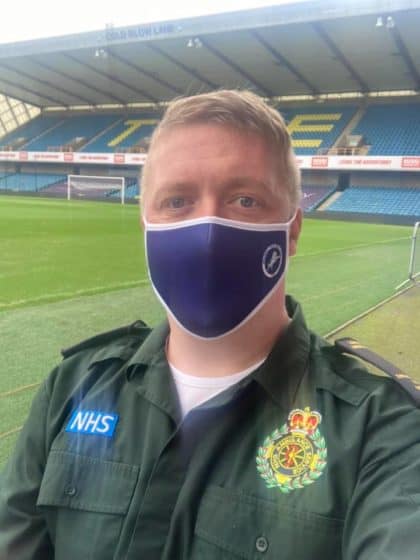 Sean at The Den

However, taking to his Zimmer frame has earned him plaudits and recognition from all over the country – and even a service medal from the London Ambulance Service, where he works as a call handler.

“They gave me the service medal for what I’ve done,” he said. “I met the CEO and chief executives. When they presented me with the medal, it just meant everything to me.

“I can’t put it into words, I felt so appreciated it was amazing.” All money raised from Sean’s walk will help paramedics on the frontline.

The 39-year-old may yet do future walks to raise awareness of Cauda Equina Sydrome, and money for good causes.

But for now he is resting from what is a physically demanding and gruelling feat. “This walk has really affected me more than the previous ones, even though the distance was much shorter.

“I’m still out of breath and I’m shattered, I’m going to struggle in the next few days. But I got through it!”