The menu was mouthwatering, which made choosing very difficult 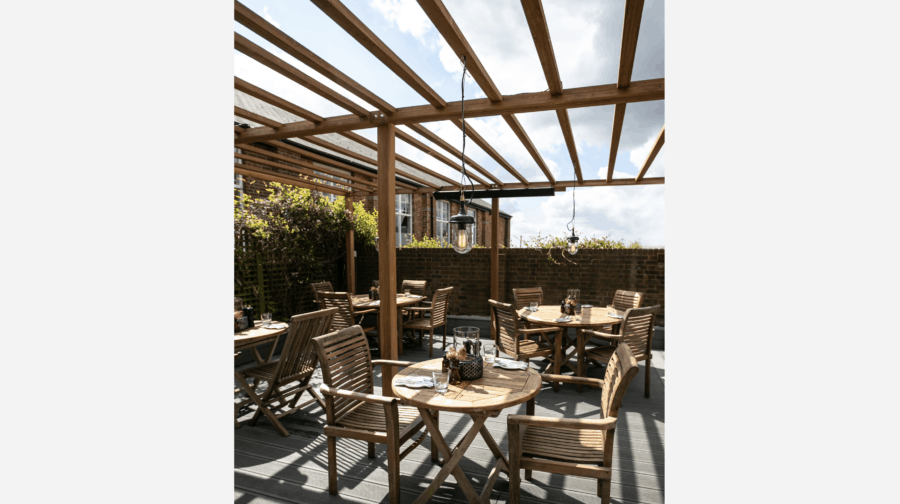 After more than a year of pretty much being trapped in a toxic London, I grabbed at the chance to get out into the country to breathe fresh air, see green fields and dine on food and wine that is sourced locally. I found that in Wadhurst where Sussex Young Chef of the Year contender Adam Sear cooks seasonal local produce to perfection in the Sussex Pass, writes Michael Holland.

First off was a local ale from Tonbridge, a smooth, creamy beer that washed away the drive down the A21, while Nina had a G&T. Between sips and guzzles we looked at the menu. It was mouthwatering, which made choosing very difficult. 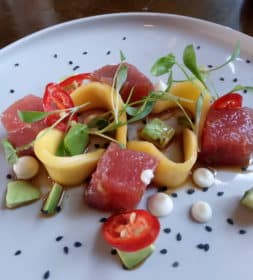 I eventually plumped for the Tuna Tartare starter, my companion going for Smoked Cheese Beignet, three croquettish delights in a crispy batter sitting in a vegetable puree, with chilli jam on the side. As she cut in, a cheesey steam escaped.

My first course was a medley of colour and flavour set around chunks of raw fish. The sweetness of the mango cut through with the heat of the wasabi and sharpness of the ponzu made each mouthful a mini-explosion on the palate.

I continued with fish for my second course: Monkfish Tail in a bean, chorizo and chicken cassoulet. It came served with pak choi and was fantastic. Nina’s Fillet of Beef, however, was beyond compare. She said it was the first time she had been served fillet without a steak knife and she soon discovered why – The meat was succulent and tender, but without losing any of the texture we expect from beef.

The full Sussex Pass menu is a vision to behold. The meat is from Kent’s Paley Farm, the fish and seafood from local harbours, the wines and cheeses from Sussex… You would struggle to find a carbon footprint heading too far away from this restaurant, and I would not be surprised if the partridge were shot flying overhead or if the deer once roamed in the nearby woods.

There are two alfresco dining areas here, though we chose to eat inside and watch village life go by the window.

After a decent interval, we checked out the desserts. I immediately opted for the Petit Fours, a selection comprising of chocolate fudge, blackcurrant pastilles, whisky truffles, and pistachio biscotti. They looked good and tasted good. On the other side of the table Nina had gone for the Beignet with Apple Compote, another deep-fried concoction that had her making ‘Hhhmmmm’ noises as she tucked in. 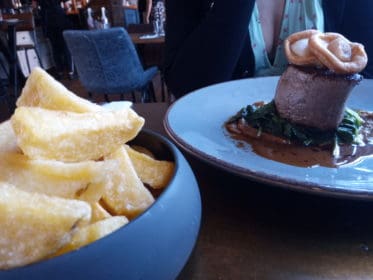 The Sussex Pass has something for everyone: bar snacks and beer, tempting lunches and speciality, fine-dining dinners. We are already planning to return but letting the train take the strain with a leisurely, less than an hour ride from London Bridge so that we can really enjoy the Kent ales and Sussex wines with more of the exceptional food on offer