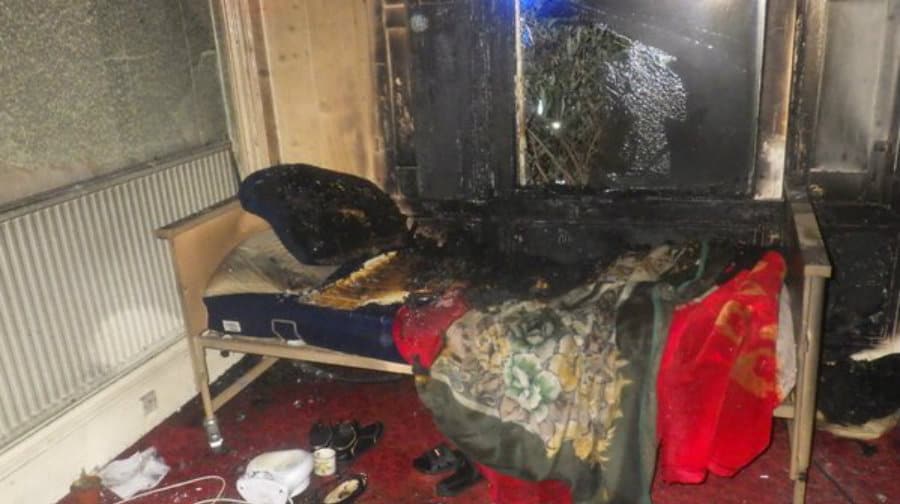 The fire was caused by discarded smoking materials

A woman was saved from a house fire by a passerby who noticed smoke coming from the property.

The blaze started at a house in Bushey Hill Road in Peckham on Wednesday evening just after 5.30pm.

When the pedestrian noticed the smoke billowing out they knocked on the door and escorted the occupant to safety.

Firefighters wearing breathing apparatus went in and quashed the flames tearing through the living room.

While the woman who lived in the house was taken to hospital by the London Ambulance Service as a precaution, firefighters determined that the blaze had been accidentally started by discarded smoking materials.

A London Fire Brigade spokesperson said: “Thanks to the quick actions of the passerby the lady involved in this fire managed to escape, but if you are a smoker it is vital that you take extra care.

“Last year around three fires a day in London were linked to smoking and half of accidental fire deaths were related to careless disposal of cigarettes.

“It’s absolutely vital you ensure your cigarette is completely out when you’ve finished smoking it. If you don’t, you risk causing a fire which could not only destroy your home, but also cost you your life.”