A tree, believed to be rotten, fell on children as they walked past in Borough 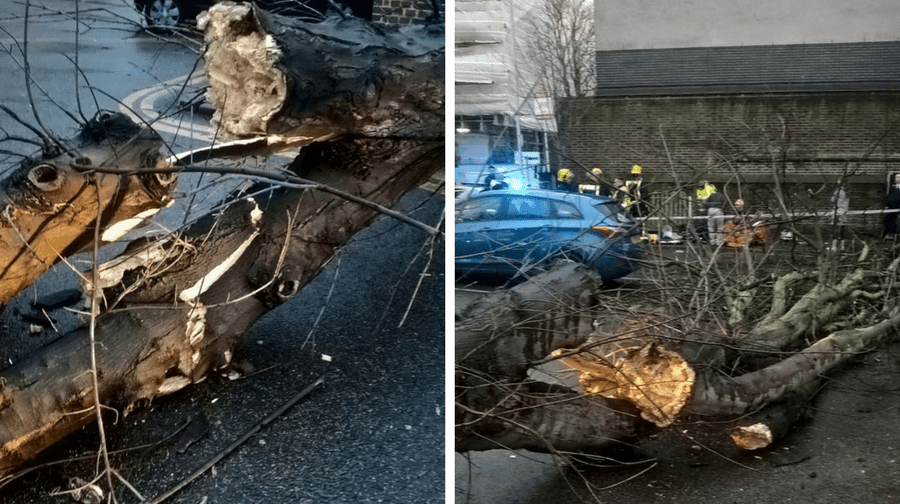 The fire brigade has praised passersby who rushed to free three children after a tree fell on them on New Year’s Eve.

The youngsters were walking past a tree in the car park of Dunkirk House, off Long Lane, at about 3.20pm on December 31 when it fell.

Members of the public are said to have rushed to the aid of the girl and two boys and managed to release them.

Firefighters arrived and treated the children before they were taken to hospital by London Ambulance Service.

It is thought the tree fell because it was rotten, rather than as a result of the wind.

Southwark Council leader Peter John said the council would be looking into the cause of the incident.

He added that the children had been discharged from hospital – however the nature of their injuries has not yet been disclosed.

“I can confirm that on New Year’s Eve a tree regrettably fell over in the car park of Dunkirk House off Long Lane, injuring three children who were walking past,” Cllr John told the News.

“We were pleased to hear that all three have been discharged from hospital, and I wish them well for a full recovery.

“We will now be looking into the circumstances of the fall.”

Crews from Dockhead and Old Kent Road fire stations attended and the scene was made safe by 4.04pm.

London Fire Brigade Southwark tweeted on Tuesday, January 2, to thank those who rushed to help the children.

“Thank you to all those that came to the children’s aid,” they said in a tweet.

The News contacted London Ambulance Service but did not receive a response by the time of going to press.