Cllr Catherine Rose said at the opening this week: 'Pat Hickson Garden has been transformed into a greener, more attractive and useful public space for the local community, of which Pat was a devoted advocate and member.' 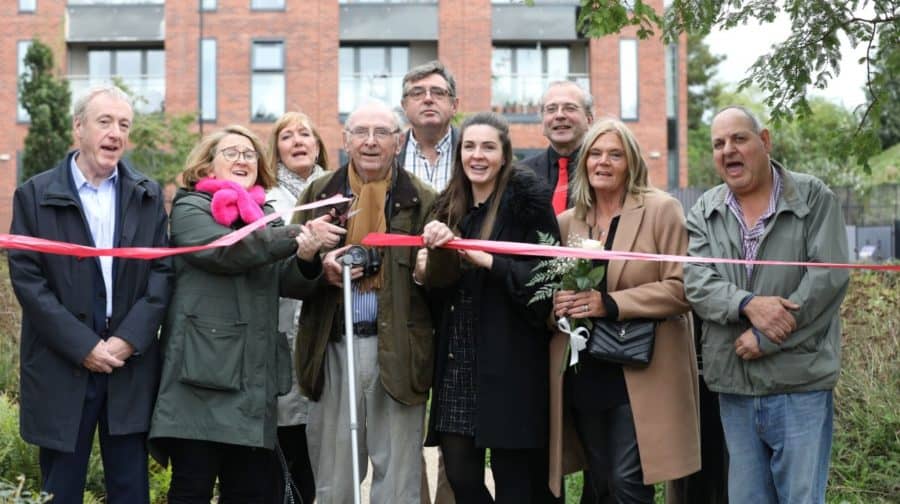 The opening of Pat Hickson Garden

A new community garden in south Bermondsey has been named after Pat Hickson MBE, a pillar of the local community who died in 2019.

Southwark Council landscaped and planted the garden on Ilderton Road, which used to belong to Lewisham Council and was then repurposed by Network Rail. Councillors Richard Livingstone and Catherine Rose joined Pat’s family at the opening of the garden this week.

A new path through the site links Surrey Canal Road to Stockholm Street.  The main area is planted with 22 new, varied trees with fifteen more trees near the eastern edge of the garden.  A hedge is planted along the main road boundary, offering a screen from the busy road.

Cllr Catherine Rose, Southwark’s cabinet member for transport, parks and sport, said: “This new garden offers local people a space in which to relax and take a moment for themselves. It adds to more than 130 such spaces in our care and brings even more homes closer to wildlife and nature.

“Pat Hickson Garden has been transformed into a greener, more attractive and useful public space for the local community, of which Pat was a devoted advocate and member.”

Pat was a longstanding chair of the Bonamy and Bramcote Tenants’ and Residents’ Association. She died on October 1 2019 aged 79.

She is remembered by loved ones and friends as a loving, caring and thoughtful woman who would always put others before herself in her work with the community.

Her daughter Joanne Mcalea said in 2019: “I’ve had so many messages, and the things people have said about her has been amazing.

“We always knew she was amazing, but it’s nice to other people thought so too.

“People on the estate would call her up, and she would always help them whatever, any help at all.

“She was the heart and soul of my family. She always cared about others more than herself.” 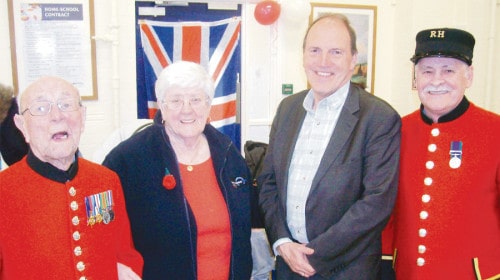 Pat, who was given an MBE by the Queen for her services to the community, was well-known for running annual St George’s Day events in the grounds of Ilderton Road Primary School, which helped raise money for charitable causes including Help for Heroes.

She was also heavily involved in running of the Links Community Hall on Rotherhithe New Road and was known for her work on the former Rotherhithe Community Council.