Pat has been remembered as a loving, caring, and thoughtful woman who would always put others before herself 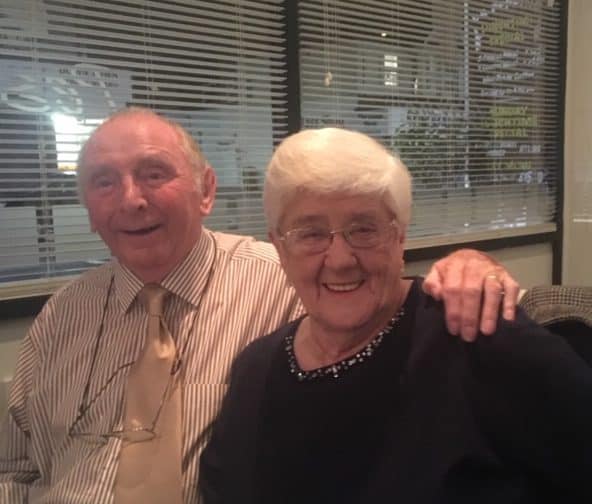 Tributes have been paid to a dedicated community champion and TRA chair, who sadly passed away from cancer.

Pat Hickson MBE, a longstanding chair of the Bonamy and Bramcote Tenants’ and Residents’ Association, died on October 1 aged 79 after being diagnosed three-and-half months ago.

She has been remembered by loved ones and friends as a loving, caring and thoughtful woman who would always put others before herself in her work with the community.

Her daughter Joanne Mcalea said: “I’ve had so many messages, and the things people have said about her has been amazing.

“We always knew she was amazing, but it’s nice to other people thought so too.

“People on the estate would call her up, and she would always help them whatever, any help at all.

“She was the heart and soul of my family. She always cared about others more than herself.” Pat, who was given an MBE by the Queen for her services to the community, was well-known for running annual St George’s Day events in the grounds of Ilderton Road Primary School, which helped raise money for charitable causes including Help for Heroes.

She was also heavily involved in running of the Links Community Hall on Rotherhithe New Road and was known for her work on the former Rotherhithe Community Council.

“Pat Hickson was a loving, caring and determined and passionate champion of her community,” said the former Bermondsey and Old Southwark MP, Sir Simon Hughes.

“The honours that she received from our borough and from the Queen are evidence of the regard that so many had for her and her work, far beyond London SE16.

“Our sincere condolences go to Pat’s husband Bill and their children and grandchildren. We will miss Pat but we must never forget all that she taught us.” Pat is survived by her husband Bill, children Joanne and Gary, grandchildren Clare, Sam, Emma and Grace, and two great-grandchildren Charlotte and Olivia.

Her funeral will take place on October 31 and family should be contacted for further details.

Peckham's John Boyega Wins At The Golden Globes… In His Tracksuit