'I wasn’t the first one to embarrass myself publicly' 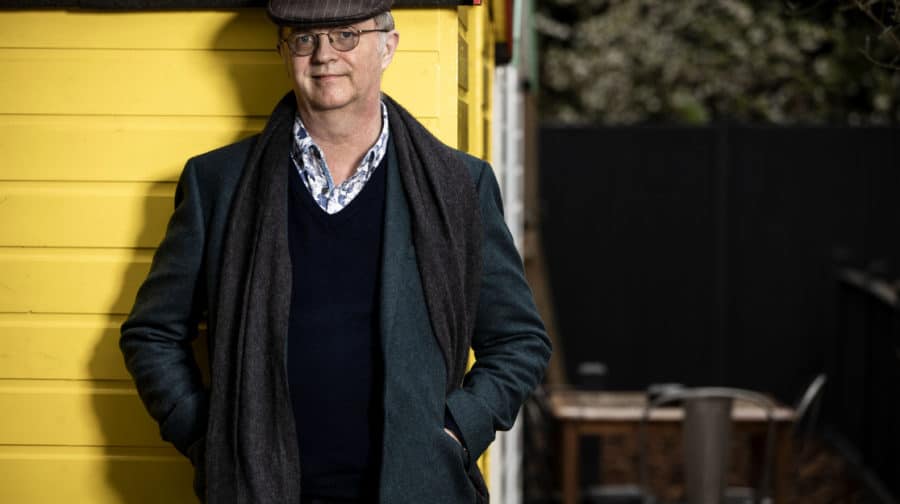 Comedian Paul Merton’s discovered his Bermondsey ancestors include a teenage busker imprisoned for her part in a violent robbery with a banjo during his appearance on BBC One’s Who Do You Think You Are.

At a trip to Southwark Archives, Merton learned that his father’s side of the family – the Martin’s – originally hailed from Bermondsey.

His grandmother, Elizabeth Lawford, died four years before he was born. Born in 1903 she was one of twelve children.  Her father was a ‘car man’ – who delivered items via horse and cart.

Further back, Merton’s great-great-great grandfather William Simmonds, who died in 1886, was a musician. As no records survive of him performing in the West End, it is likely he was a street and pub performer.

His son, also named William, was also a musician, and married a ‘vocalist’, likely a busker, named Caroline Plunkett. They were poor – as evidenced by her time at Mint Street workhouse, where she gave birth to their first son.

Although there is no record of her performing on stage, Caroline did leave a record of her trial at the Old Bailey, where she was accused of robbing a pocket handkerchief and six shillings and a sixpence from a couple in Norwood, with a gang who were accused of attacking them on their way home from a pub.

The only thing she said at the stand was: “I didn’t touch the woman” after it was claimed her accomplice hit the man over the head with the banjo as Caroline lunged forward to scratch his wife across the face.

Although the prosecution’s case didn’t stack up, Caroline was sent to prison for six months.

As was decreed at the time, all prisoners were forced to stay in solitary confinement except for one hour of single file, silent exercise in the yard. During their time inside, they had to entirely cover their faces.  She was just fourteen.

Caroline was released in 1868, and two years later married Merton’s great-great grandfather, with whom she continued performing and had many children.

“It is so extraordinary that such a young person goes through this huge contrast in life,” Merton said.

“She didn’t let that define her, she goes on to have a wonderful life.”

Reflecting on his family’s musical history he said: “It’s great to learn that there’s a performing gene somewhere back in in my deep past – that I wasn’t the first one to embarrass myself publicly.”

The episode is available on BBCiPlayer