Pause: Helping Southwark mums that have their children ‘removed’ from them has been selected for prestigious award

Pause Southwark recognised for providing services for women that cope with child removal. 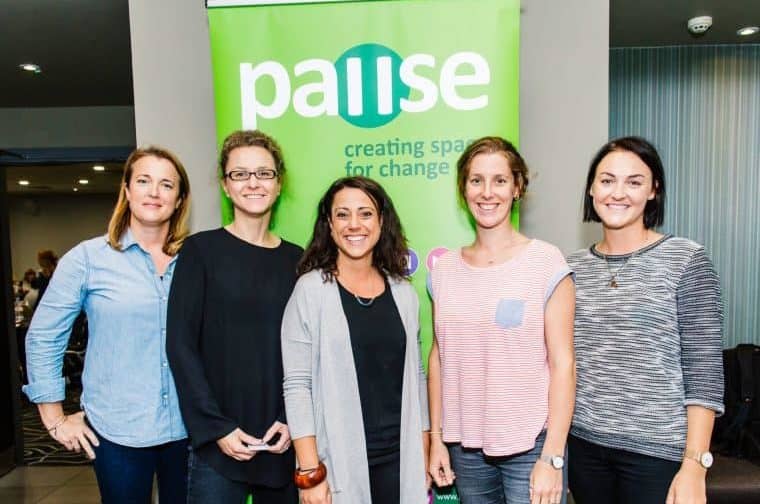 Pause Southwark has been shortlisted for the Royal Society for Public Healthy, Health and Wellbeing Awards 2019. Photo provided by https://www.pause.org.uk/practice/southwark/

A Southwark charity that helps mums, whose children are taken into care or loose custody to family members or spouses, has been selected for a prestigious public health award,  writes Hillary Chaisson….

Pause offers support and services for women that have experienced and are experiencing the removal of children from their care.

Research by Lancaster University shows that over 11,000 women had more than one child removed between 2007 and 2014.

One in four women, who have had a child removed through the family courts and is likely to  have another taken away.

That number further  increases to one in three if the woman is a teenage mother.

Pause aims to support women through offering a variety of services centred around emotional, mental, sexual well being as well as offering career or educational support.

The goal of the charity  is to encourage women to take a pause from pregnancy and child removal and heal.

“To be shortlisted from among such strong competition is a fantastic achievement, so every organisation that has made it to this stage can be rightly proud of the workbuy zetia to improve and protect the public’s health.”

Category winners will have the opportunity to be selected for the prestigious Public Health Minister’s Award, while all finalists will be considered for two special commendations ( reducing inequalities at the community level and sustainable development) to be given by Public Health England (PHE).

The winners will be revealed at the RSPH Awards 2019 ceremony which will take place on Thursday the 17th of October at the East Wintergarden in London.

Southwark NewsNewsPause: Helping Southwark mums that have their children ‘removed’ from them has been selected for prestigious award