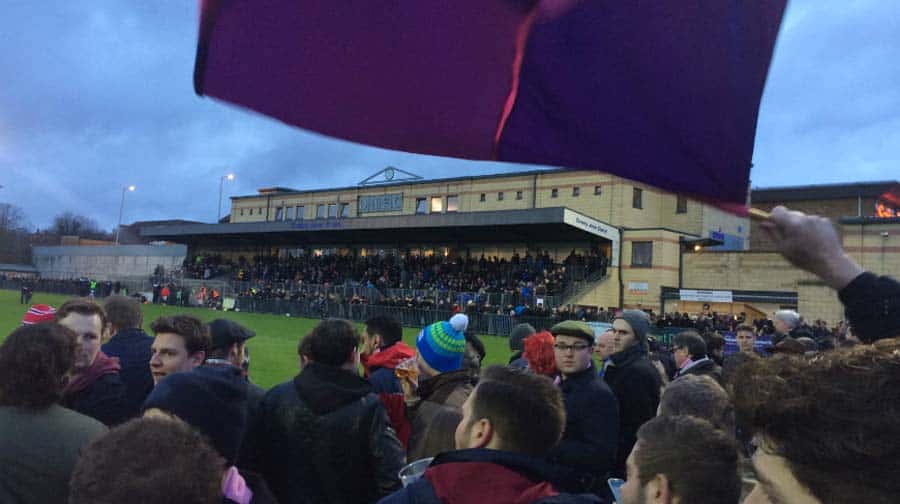 Dulwich Hamlet is letting fans pay what they like at this Saturday’s game, and donating all profit from the gate to charity.

A bumper crowd is expected at the Bostik League Premier Division clash with Needham Market at Champion Hill.

The club is taking part in the ‘pay what you like’ initiative as part of Non League Day.

There will be no obligation to pay the usual admission price, but the more each fan pays, the more the club can donate to charity.

The two charities which will benefit from the day will be Peckham’s Copleston Centre, Hamlet’s official charity partner for the season, and Brixton-based mental health charity Lambeth & Southwark MIND.

Chair of the Dulwich Hamlet Football Club Committee Liam Hickey said: “Throwing open the gates, so to speak, is always a huge gamble, as we still have to cover the costs of staging the game and covering all matchday expenses first. But in the past our fans have always been understanding and generous enough to make sure we give good four figure donations to whoever we work with on the day. ”

He added: “It’s a great way to invite your friends and neighbours along to experience Champion Hill. Even if the football isn’t for them they still have the excuse of supporting good causes. But I know that once they’re here, no matter how sceptical they might be about non-league, they’ll love it and come back!”

Football Committee Community spokesperson Mishi Morath commented: “We’re very lucky to have the full backing of our General Manager Chris Taylor, and the people from Meadows Residential, for giving us permission once more to stage a day like this. We’re lucky it falls on ‘Non League Day’ this season, and not just our own fans, but those from our professional south London neighbours will come along, and be generous, while not just having a good day but supporting some brilliant causes.” H