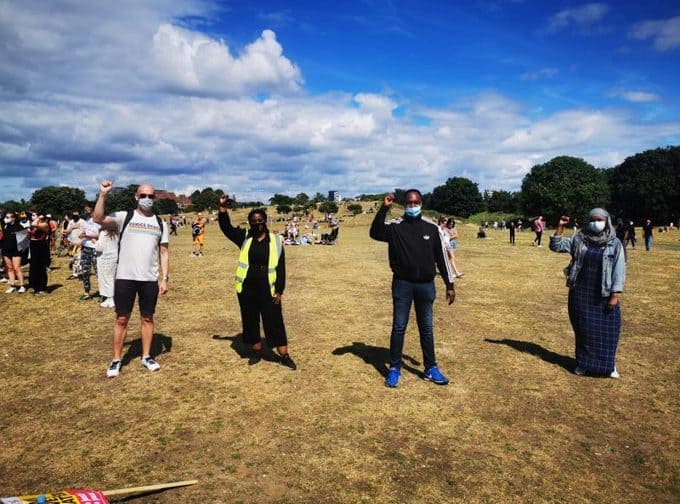 Hundreds of Black lives Matter supporters marched through Burgess Park this weekend, calling for justice for George Floyd and an end to racism and discrimination in the UK.

Grenfell campaigners also joined the event, held on Sunday, June 14, which coincided with the third anniversary of the disaster.

Demonstrators marched through the park to Peckham and held a sit-down protest and rally. Organised by Stand Up To Racism, campaigners to address the crowd included Naima Omar.

The peaceful protest saw no flare ups or violence –  and looked a world away from the shocking scenes unfolding in Westminster and Waterloo throughout the weekend.